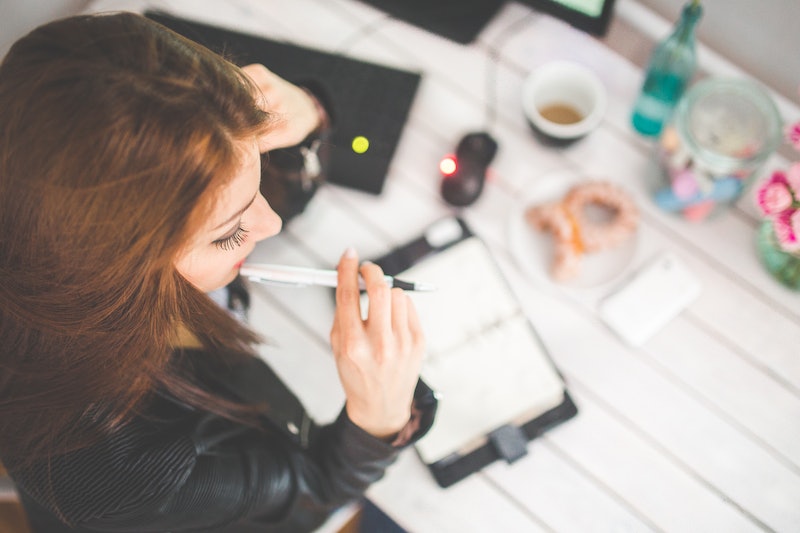 We're less than a week into Donald Trump's presidency — a phrase which I still can't believe I'm typing — and it's already proving to be just as extreme as feared. The good news, though, is that there are more than a few small acts of resistance you can take to continue the fight during the days ahead. For now, actions like reinstating the Global Gag Rule and cutting climate change from the EPA's website has elicited exactly the incredulity and horror these actions deserve; however, another danger lies waiting in the wings: Allowing the actions and beliefs of an administration helmed by Trump to become the status quo. It's imperative that we fight that normalization, and that we continue fighting it for as long as we have to.

John Oliver put it best in a clip for Last Week Tonight filmed the week after Trump's election to president. "Optimism is nice," he said, but Trump is simply "not normal." Within days of his inauguration, Trump has, frighteningly, begun to actually deliver on his campaign promises: In addition to the aforementioned Global Gag Rule and censorship of climate change information, he has requested federal funds to build a wall on the U.S.-Mexico border, threatened to "send in the Feds" if Chicago's shooting rate doesn't decline, and signed an executive order punishing cities for shielding illegal immigrants.

Nope. Not normal at all.

So how are you supposed to keep from becoming desensitized to the madness? Here are 28 small ways.

1. Sign up for one of the dozens of political action newsletters that have been created since the election: Daily Action Alerts, the Women's Guard, etc.

2. Read up on your representatives' policies at VoteSmart.org.

3. Write to and call these representatives.

4. Get others to write and call as well.

5. Put a new meaning to the term "political parties." Hold gatherings with friends and loved ones geared toward writing to and otherwise contacting your representatives on the above issues. Work together.

10. Make sure others are registered.

11. If they're not, bother them until they register.

14. Read and implement Indivisible, a guide to resisting Trump put together by former congressional staffers.

15. Set up a Google Alert for issues you want to keep an eye on.

20. Check your sources to combat the spread of misinformation. Hint: CNN isn't fake news, despite the president's claims, but if a site doesn't own its own domain, it's probably not all that reputable. NPR has a guide to spotting fake news; you can also take steps to inoculate yourself against fake news.

21. Recognize when it's time to speak up, and when it's time to listen. Yes, making your voice heard is important; however, making sure the voices of oppressed or marginalized groups are heard may be more important at any given moment.

22. Actually listen to these experiences.

23. Read at least one news article a day; don't bury your head in the sand.

24. But don't spend all your time scrolling through news apps, because that way lies burnout.

25. If someone is being harassed, say something then and there. Facebook posts written three days later don't have nearly the same impact.

26. Read up on history to give context to the present.

28. Focus on real issues, like immigration bans and the dismantling of Obamacare. Don't let Trump's transparent grabs for attention distract you from what's going on.

It's hardly an exhaustive list, but it's a start. Stay together. Support each other. And good luck out there.