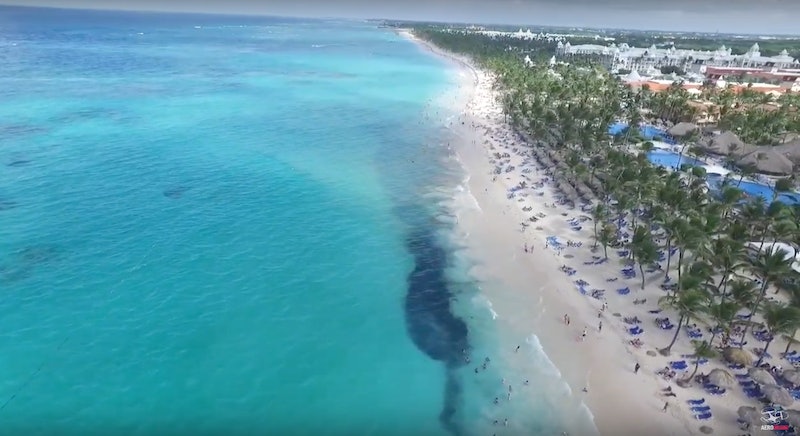 In a string of mysterious incidents, three Americans died at the same Dominican Republic resort within five days of one another in late May, People reports. Although it's unclear exactly what brought about the deaths of Miranda Schaupp-Werner, Edward Nathanial Holmes, and Cynthia Ann Day at the Bahia Principe Hotel in La Romana, all three are believed to have died of respiratory failure and pulmonary edema, according to People.

Schaupp-Werner, a 41-year-old psychotherapist from Pennsylvania, arrived at the hotel on May 25 with her husband, family spokesperson Jay McDonald told WFMZ. Upon checking into their room, Schaupp-Werner reportedly had a drink from the minibar; moments later, she collapsed.

“Suddenly, she called out to [her husband] and he came right over and she was unable to breathe," McDonald told Fox News. "She collapsed, she couldn’t communicate." Her husband and EMTs attempted to perform CPR on her, but she died in the room, CNN reports.

Five days later, Maryland couple Holmes and Day were found dead in their rooms at the Bahia Principe Hotel, according to CNN. WBAL reports that they had checked into the hotel on May 25, the same day Schaupp-Werner died.

After subsequent investigations, Dominican Republic authorities said that Schaupp-Werner, Holmes and Day all suffered the same cause of death: A combination of respiratory failure and pulmonary edema. Respiratory failure is when the blood has insufficient oxygen or too much carbon dioxide, while pulmonary edema refers to the buildup of fluid in the lungs.

According to CNN, the Dominican Republic Attorney General's Office said that prosecutors are investigating Schaupp-Werner's death. In a statement after Holmes' and Day's deaths, the Bahia Principe Hotel said that it is "deeply saddened by the incident at one of our hotels in La Romana, Dominican Republic, and want to express our deepest condolences to their family and friends."

McDonald said the Schaupp-Werner family was shocked to learn that Holmes and Day died at the same hotel less than a week after Schaupp-Werner's death, Fox News reports.

“That was beyond coincidence,” McDonald said. “They died five days after, and the cause was determined to be the same, this just puts this whole thing through the stratosphere — something is going on, and we want to know what it is.” McDonald added that around 15 years ago, Schaupp-Werner was diagnosed with inflammation in her heart, but was given a clear bill of health soon thereafter.

In a statement to Fox News, the U.S. State Department confirmed the three deaths, and said the U.S. Embassy in the Dominican Republic is "actively monitoring the investigations by Dominican authorities into these tragic deaths."

"We stand ready to provide assistance as requested," the State Department added. The hotel confirmed the deaths as well, saying in a statement that it is "deeply saddened by this situation and express our deepest condolences to the family and friends of the deceased."

In April, the State Department issued a travel advisory for Americans going to the Dominican Republic, warning that "violent crime, including armed robbery, homicide and sexual assault" is common in the country. There's been no allegation so far that any criminality was involved in the deaths of Schaupp-Werner, Holmes or Day, however.