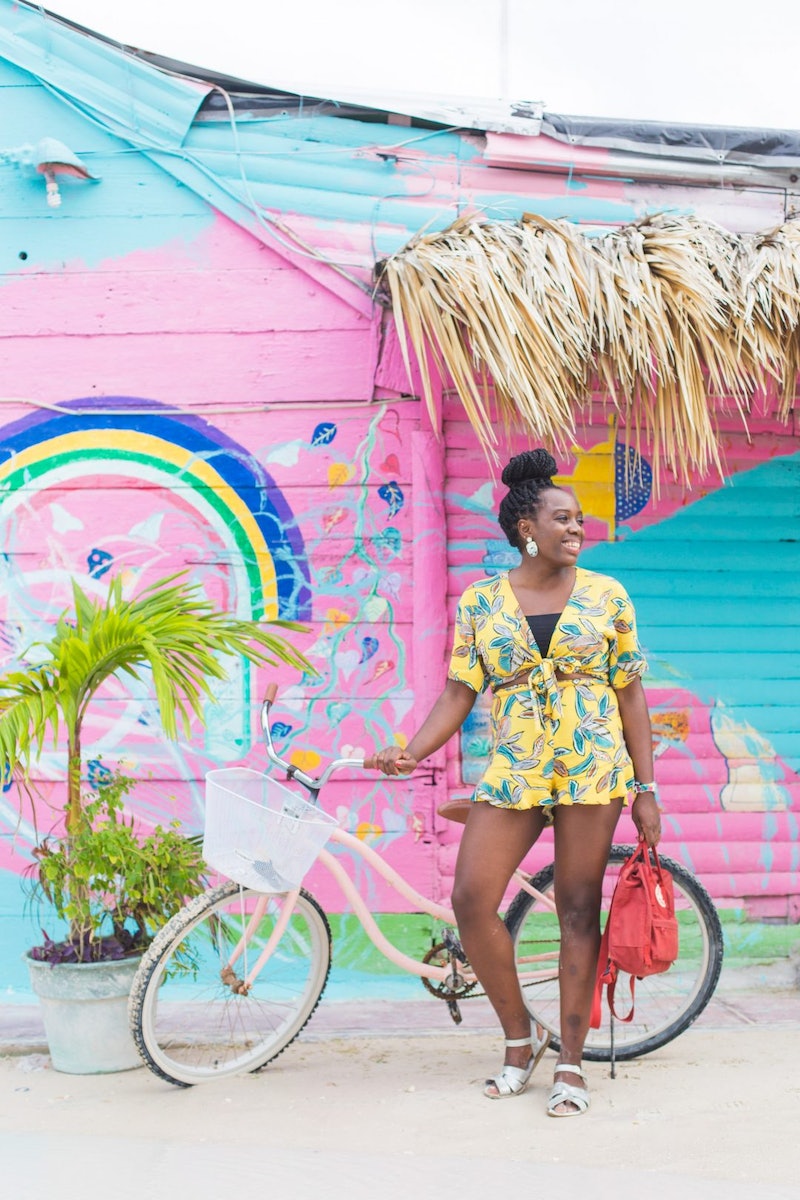 Travelling abroad should be a wholly transformative experience, and one from which you return fully rejuvenated and totally refreshed. But depending on where you go, travelling as a woman of colour can sometimes produce awkward or deeply distressing racial encounters.

Travel to countries or places where black women are few and far between means that at best, the hushed whispers and side-ways glances result in you feeling like a complete spectacle. At worst, you may be forced to endure some downright traumatic racism. And let's face it, no-one has time for discrimination on their vacay.

A social-media-led discourse around black travel, thankfully, means that women of colour are more informed than ever about the many merits — and risks — around solo travel. The popularity of groups like Nomadness Travel and sites like Travel Noire can be traced to the historical marginalisation of people of colour within the travel industry. But our travel stories are just as important as everyone else's.

Here's some insight from three well-known bloggers about the realities of travelling when black and female.

Kristabel Plummer: "I'll google to see if any black women have visited before"

British blogger Kristabel Plummer runs the lifestyle site I Want You To Know, where she shares her insight on fashion, finances, identity, travel and more. Kristabel is a full-time blogger and her work has taken her to some amazing destinations, but even as a seasoned traveller, Kristabel knows that she'll face some challenges in spaces where she stands out as a minority. "I’ve definitely felt apprehensive about going to certain places. But it’s important not to let this hold you back, no matter how daunting it may seem. You can gain so much knowledge and insight from seeing the world (plus it makes you realise just how much of it has been colonised)," she says.

Before a big trip, Kristabel searches for content written by other black female travellers to see how they've fared before her. "I always google. Las Morenas de España is great resource and there are also bloggers such as Oneika the Traveller and Catch Me If You Can (the latter is trying to be one of the few black women who’s visited every country in the world)."

"Most of the time the worst thing that tends to happen, is people asking to have a photo with me, like in Turkey and Vietnam. I also got a few double takes in the more remote parts of Vietnam, but it was mainly down to curiosity."

However, she notes that it's important to differentiate between racism and curiosity, and act accordingly. "You have to remember that certain countries don’t have the same history or reference points as the UK. It doesn’t necessarily make [the othering] right but it adds context" she explains. "Some people have never met a real life black person and don’t know how to react appropriately. I’ve been worried about countries that I've actually enjoyed, like Italy and Budapest. You just never know where discrimination will happen."

Hey Ciara: "Call up a friend, journal, take a break — and stand up for yourself if necessary."

26-year-old Ciara Johnson, runs Hey Ciara, a blog for adventurous millennial women that also provides advice to solo travellers of colour. Ciara quit her corporate job in America back in 2017 to travel the world — and she's still going. Her blog is brimming with useful travel tips, amusing anecdotes and vibrant photography from around the world. Ciara writes honestly about her experiences, admitting that she's faced challenges abroad that she believes are linked to her race and gender. "In parts of Vietnam, people would sneak photos. In parts of India and Hungary, people would blatantly stare. In the smaller towns of Mexico, people will approach me for photos in amazement. It can extremely exhausting, if anything" she says.

Despite this, Ciara's sense of curiosity has never been dampened and she reminds other travellers to always enter destinations with an open mind.

"Racism can happen anywhere. Othering is especially common in homogenous societies and that's certainly something to be aware of when travelling to destinations where you might stand out. If women of colour feel in danger or uncomfortable, it may be best to leave. Nothing is more important than your safety."

In those instances, Ciara recommends retreating and administering some self-care. "Call up a friend, journal, take a break, search for local or digital nomad people of colour — and stand up for yourself if necessary. I'd only advise travellers of colour to allow what they are comfortable with. I tend to wave at people who stare too long or flash a smile. I also speak up if someone is taking up too much of my personal space. In certain countries, you may be a rarity, but racism can and may happen anywhere."

Sienna Brown: "Do not live your life based on fear"

Sienna Brown is a 27-year-old American entrepreneur and founder of Las Morenas de España, a platform that provides resources and experiences for women of colour who want to live and work anywhere in the world. When she first moved to Spain, Sienna recalls feeling "hyper-visible" as the only black woman for miles in some of the smaller towns, but concedes that living in Spain still feels safer than living in New York City, where she's originally from.

"As a woman of colour who often travels alone, I make sure that where I’m going is relatively safe, but I don’t let my skin and how others might perceive that hold me back from living the life that was meant for me" she explains.

"I’ve never felt physically in danger in any country that I’ve visited and when I'm in places that lack diversity, I'll find that people tend to stare a bit more but out of curiosity. But when you realise that it’s not coming from a bad place, it makes experiences a little less tiring".

Sienna says in these trips, she takes pleasure in showcasing what a female traveller of colour looks like. "It's an opportunity to defy the stereotypes around people of colour" she says.

When it comes to dealing with discrimination abroad, Sienna's advice is simple. "Do not live your life based on fear and handle each and every situation with grace and poise," she says. "Whilst it’s not our job to educate people from other countries, when dealing with uncomfortable situations, hold your head up high. It’s vital to walk into each situation with an open mind and to avoid projecting the history and racial nuances of our home countries in these new locations. Before heading to a new place, do a bit of research on the culture and history of the country to be able to gauge a better understanding of who they are and why some places might have more curiosity than others."