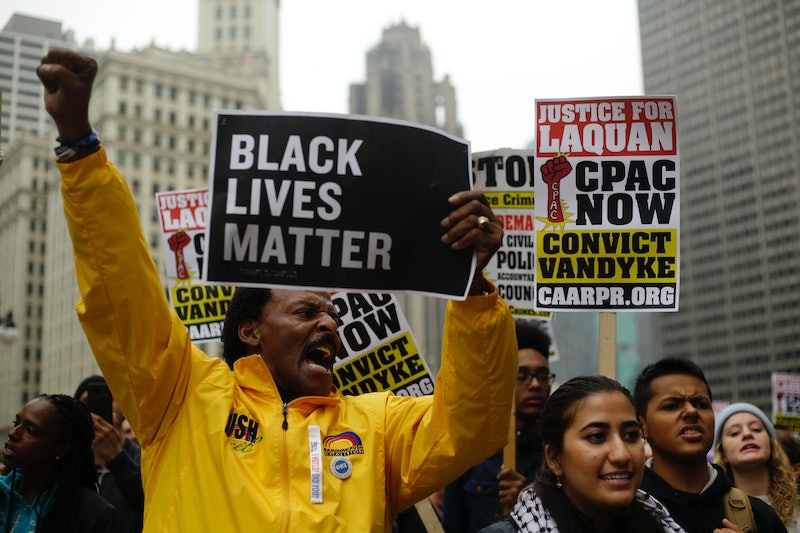 Three Chicago police officers have been acquitted of trying to cover up the Laquan McDonald shooting in 2014. Back in October, former Chicago police officer Jason Van Dyke was convicted of second-degree murder and aggravated battery after fatally shooting McDonald 16 times. On Thursday, Judge Domenica Stephenson ruled that officers Thomas Gaffney, Joseph Walsh, and David March did not conspire to cover up the shooting, the Associated Press reported.

Earlier: Prosecutors in this case argued that these three officers had tried to protect Van Dyke, alleging that they submitted false reports and lied about how McDonald — a black teenager — had responded to Van Dyke, a white police officer. Stephenson, however, rejected their argument, stating that the officers had managed to keep the police dashcam video of the shooting intact. Had they been convicted, Gaffney, Walsh, and March would have each faced up to five years behind bars, per NBC News.

“Laquan McDonald was a human being," Special Prosecutor Patricia Brown Holmes told Stephenson, the AP reported. "He deserved due process in the law and not to have police officers write false reports and shape a false narrative."

Holmes and the prosecution team argued that Gaffney, Walsh, and March had falsely claimed that Van Dyke kept shooting McDonald because he was trying to get up while armed with a knife. McDonald did have a small knife with him, per the AP, but dashcam footage indicates that he did not swing the knife toward the police officers before Van Dyke shot him. Stephenson ultimately ruled that there was no proof that the three police officers in question had covered up any evidence pertaining to Van Dyke's actions.

March was the lead detective assigned to investigate the shooting, the Chicago Sun-Times reported, and he ultimately cleared Van Dyke. Special prosecutors pointed out that March's final report included statements from Gaffney and Walsh that allegedly contradicted the police dashcam footage from that night. Walsh was Van Dyke's partner, while Gaffney was one of the first officers to come across McDonald on the night of the shooting, per the Sun-Times.

According to the newspaper, Stephenson rejected the prosecution's comparisons between police dashcam footage of the shooting and subsequent police reports, saying that different people may view and describe the same event differently.

Stephenson's verdict has already come under fire from activists who fought for justice following McDonald's death. The Rev. Marvin Hunter — McDonald's great uncle — told the Sun-Times that he did not agree with Stephenson's decision.

“To say these men are not guilty is to say Jason Van Dyke is not guilty,” Hunter told reporters outside the courtroom. “This is not justice.”

Many social media users echoed this sentiment, arguing that the prosecution had produced ample evidence of the officers' guilt. Stephenson's verdict comes one day before Van Dyke's own sentencing hearing is slated to conclude, according to the AP. On Friday, Van Dyke could receive anywhere from 18 to 96 years in prison, NBC News reported.