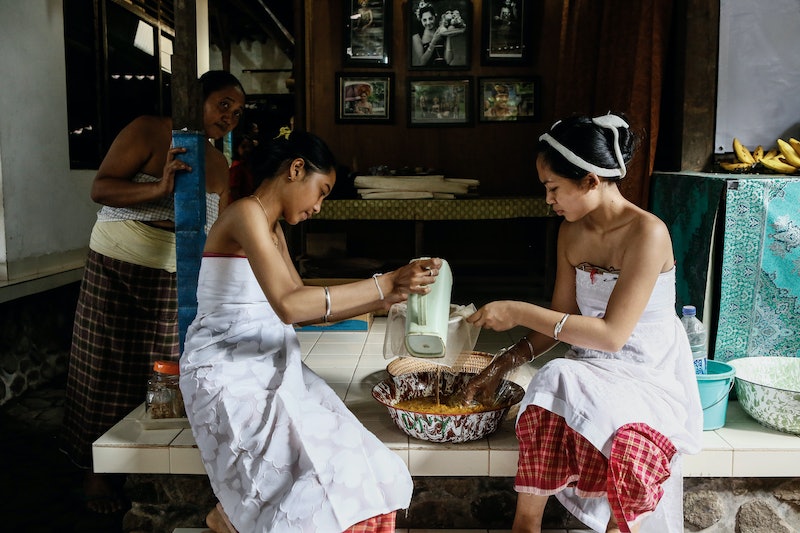 If you haven't gotten on the turmeric bandwagon yet, it's about time. The warm, bright orange spice has been traditionally used in India's Ayurvedic medicine system for centuries, but recently, it's become more common in recipes in the United States and beyond. The active ingredient in turmeric is a chemical called curcumin, and science has increasingly showed that curcumin has some serious health benefits. According to a review of science in 2007, curcumin can do a ton of things for your health; it's been shown to be an anti-inflammatory, antibacterial, and antifungal substance, and has some seriously interesting benefits aside from that, too.

But, as with all supplements and adaptogens, it's important to realize that just because an active chemical in a food has good effects, that doesn't mean that eating loads of it will help you be healthier. The chemical itself may do good work, but it's not a given that it will be absorbed into the digestive system in a useful way, or that other aspects of a person's lifestyle might adversely affect them. Curcumin is a very interesting substance and turmeric has a lot of it to recommend it — but that isn't the end of the story.