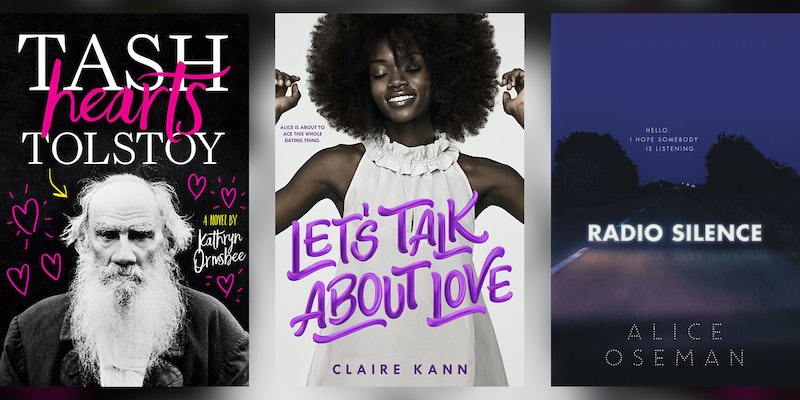 As soon as the calendar pages swish to June, it feels like a collective voice erupts, shouting, "It's PRIDE, baby!" For those who identify as the "A" of the LGBTQA spectrum — A for "asexual" and "aromantic" — there is an extreme lack of visibility throughout the media when it comes to their orientation, and the publishing world is no exception. Few books feature asexual or aromantic protagonists. Even fewer name their identification outright. Within the YA sphere, however, a genre through which young readers routinely explore and discover their own sexuality, there exists a tight – albeit small — collection of books with asexual protagonists.

"Asexual," or "ace" for short, implies a person is not sexually attracted to other people — not to men, not to women, not to non-binary people. For those outside the ace community, particularly those whose feelings of love and lust often feel inextricably intertwined, there is sometimes an unwillingness to understand an orientation that seems so opposite their own.

Kathryn Ormsbee, whose YA novel Tash Hearts Tolstoy follows an asexual-identified teen embarking on a path of internet viral fame, longed for a book that featured someone who felt like she did growing up. So she wrote one.

"In the US, we live in a culture that’s saturated with sex and hypersexualization, and while I am all for sex positivity, I think it’s so easy for those in the ace community to feel alienated in this environment," Ormsbee, who identifies as demisexual, tells Bustle. "Books that feature asexual characters give voice and presence to readers who might not see themselves represented anywhere else."

These three books bust down stereotypes, the few that exist about asexual protagonists and then some. The characters are alive and passionate and confused and in love and heartbroken and trying, always, to figure it out, just like everyone else.