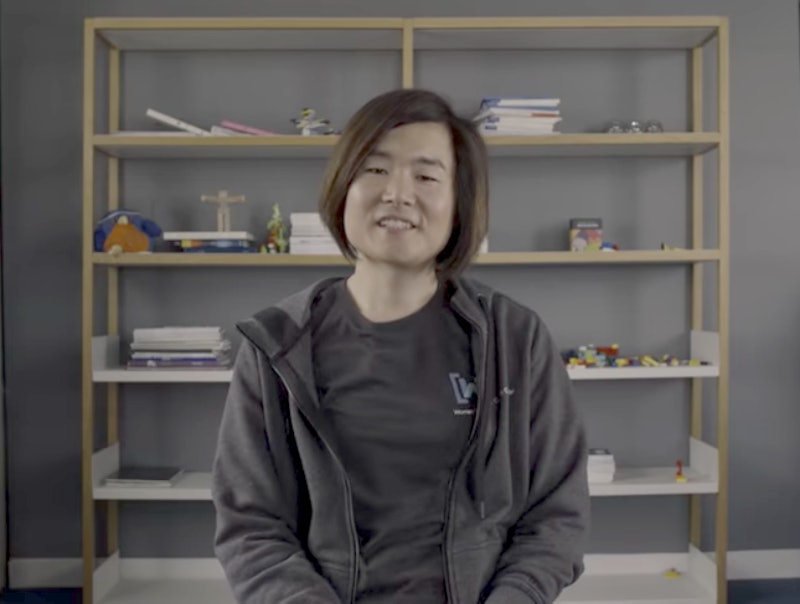 It's World Pi Day — Mar. 14, or 3/14, the first three digits of pi — and to celebrate, Google has announced that one of its engineers, Emma Haruka Iwao, has set a new world record for calculating pi, or π. She used Google's cloud-based computer engines to calculate pi to 31,415,926,535,897 digits, which, if you lost count, is 31.4 trillion digits — annihilating the previous world record for most accurate calaculation, which clocked in at 22 trillion digits.

Haruka Iwao had a lifelong fascination with pi, she reported in a Google blog post today, and was taught by one of the previous record-holders, Dr. Daisuke Takahashi, in college.

"When I was a kid, I downloaded a program to calculate pi on my computer,” she explained — and now, with the help of 25 virtual computers, she's the newest record holder. Haruka Iwao's calculation is unusual not only because of its length, but because of how she did it. She and her team processed 170 terabytes of data over 121 days using a program called y-cruncher, on 25 virtual Google Cloud computers. By contrast, The Verge points out, the previous world record holder used just one super-fast computer with 24 hard drives to perform the calculation.

The cloud computing power available to Haruka Iwao is, she explained to Google, unprecedented. “When I was a kid, I didn’t have access to supercomputers. But even if you don’t work for Google, you can apply for various scholarships and programs to access computing resources,” she said.

If you don't remember what pi is from high school geometry, it's a natural ratio: it's the relationship between the circumference of a circle and its diameter. It's a fixed, unchanging number, and humans have known about it for thousands of years. According to Scientific American, at the start of the 20th century we'd only calculated pi to around 500 digits, but the advent of the computing age has meant we know many, many more.

Realistically, not many digits of pi are really useful. the Jet Propulsion Laboratory at NASA reported in 2016 that they only use the first 15 digits of pi in their calculations, and New Scientist noted in 2017 that you only need about 40 to produce "an atom-precise measurement of the universe," so practical applications for the trillions-plus calculation are few. However, the act of calculating pi is a prestigious one that keeps pushing our knowledge — and our mathematical capabilities — to new limits.

Pi is an infinite number; we can keep on calculating its digits forever, and Haruka Iwao's record will most likely be broken in the future. However, she's also set a precedent. While Haruka Iwao's only the third woman to hold the official record for calculating the most digits of pi, she's the first to use cloud computing to achieve it. Chances are strong that the next calculations of pi will be done using cloud computing, following her lead — and she couldn't be happier about that.

“I’m really happy to be one of the few women in computer science holding the record, and I hope I can show more people who want to work in the industry what’s possible," she told Google. Raise a piece of pie to Emma Haruka Iwao today.