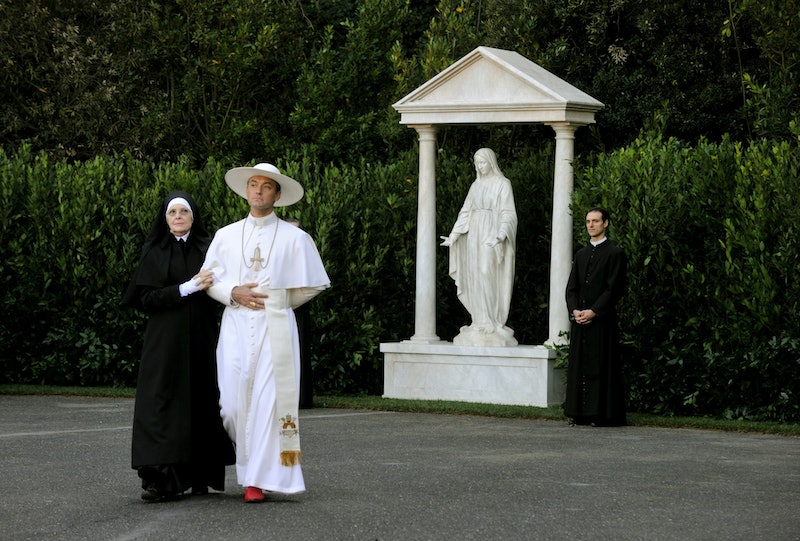 HBO's new series about, you guessed it, a member of the papacy who's not elderly this time around, has already caused a stir on social media. While not a single episode has aired on the cable network, The Young Pope jokes and memes on Twitter are already a highlight of 2017. It's nice to have something to laugh about.

It's difficult to pin down what it is exactly about this show that makes it so funny and susceptible to memes. Is it the juxtaposition? It is because the title is exactly what the show is? Very few of the memes have anything to do with the actual content of the series, though the series is indeed about a young pope. Perhaps Young Pope jokes are funny just because, you know, most popes are old.

The most popular joke on Twitter is to make up a song about Jude Law's titular character. Everyone has a favorite silly tune, so that's easy for seekers of likes and retweets to pile on with their own take. Without further ado, here are some of the best Young Pope tweets, whether they are song lyrics, imagined pitch meetings, cartoons, and other types of memes.

This is the one that's been stuck in my head.

That's how I imagine it went down, too.

Gonna miss him so much.

Can't wait for the sequels.

The way everyone keeps making these jokes, it doesn't seem real.

We have truly been blessed by this show. Or, at least, its title.