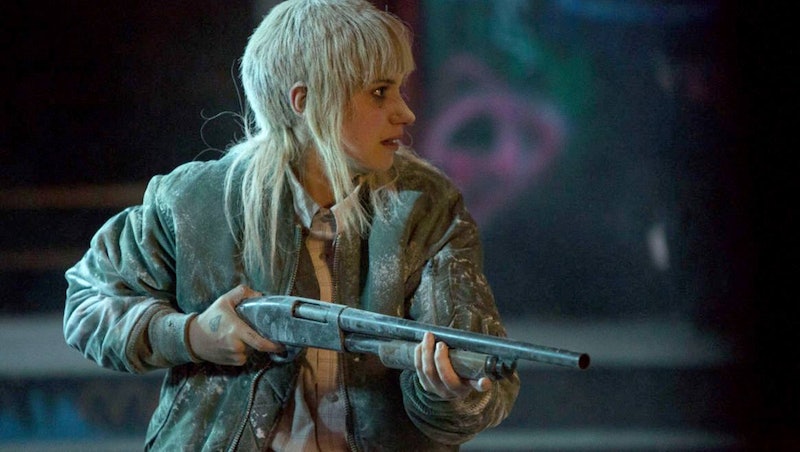 Thriller is a genre so loosely defined it that it easily encompasses political intrigue, cyborg future assassins, mysterious Korean playboys, and even bored housewives. Though the general formula seems to be "action movie + sexy results/political elements," the one thing that all thrillers really have in common is a tension that should keep your heart rate up for the full duration of the film. And if you're looking for a movie to immediately get your blood pumping, look no further than these 39 thrillers with near-perfect Rotten Tomatoes scores, all of which you can stream right now.

The Tomatometer isn't the end-all, be-all of movie judgment, especially considering how it evaluates and compiles critical assessment. But like Roger & Ebert's thumbs, IMDB's stars, or the AV Club's letter-grading, it's a decent enough guide to general competency and craftsmanship. There's also personal and social taste to consider. The Thriller category saw a spike in action-packed political conspiracies in the late '70s (none of which seem to be available streaming, a true shame), while the late '80s to early '90s were the heyday of erotic thriller hits, such as No Way Out and Body Heat. Sketchy brotherhood betrayal also seems to be a timeless thriller trope, from early runs like The Third Man and The Manchurian Candidate to the more recent Blood Simple, Infernal Affairs, and Let The Right One In. Modern takes on the genre such as Drive, Cam, and Good Time are intensely color-saturated, highly stylized looks at one poor sap trying to handle the situation they've been put in.

Who's to say what thrillers will become in the future, but in the meantime, you can enjoy the highly regarded films below right now.

More like this
Here’s Everything Coming To & Leaving Netflix In February
By Jake Viswanath
Netflix Shut Down 'Bridgerton' S3 Rumours About A “Very Dark” Storyline
By Bustle
Kukulkan From 'Wakanda Forever' Has A Surprising Connection To Marvel History
By Grace Wehniainen
Reese Witherspoon Confirms This Fan Favorite Will Return For 'Legally Blonde 3'
By Jake Viswanath
Get Even More From Bustle — Sign Up For The Newsletter
From hair trends to relationship advice, our daily newsletter has everything you need to sound like a person who’s on TikTok, even if you aren’t.