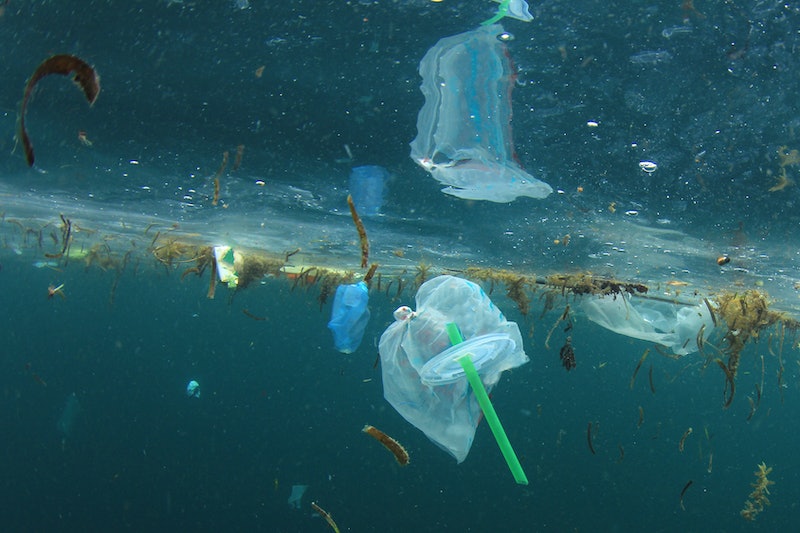 Single-use plastic is on its way out — Sea World, Royal Caribbean and IKEA have all recently banned plastic straws and bags, according to The Washington Post, and cities around the globe are starting to ban plastic straws in restaurants at a rapid pace. We know that plastic is catastrophic for our oceans, and there are a ton of reasons to cheer a cultural shift that's said to bring sustainability and save ocean animals. But a straw ban may not be as sustainable as you may think it is, and there are things we need to consider as we try to make the world a better place.

There are myriad environmental benefits to reducing or eliminating single-use plastics, which aren't recyclable more often than not. But it's important to move towards a more sustainable future in a way that doesn't make life more difficult for people who rely on plastic. Straws have been the particular focus of attention in recent years, David M. Perry writing for Pacific Standard notes, following a viral video of a sea turtle with a straw in its nose, even though straws haven't been shown to be a particularly large source of plastic pollution in our oceans. If we're thinking about solutions to the problem of single-use plastics, we need to consider options that don't cause undue harm and that are truly sustainable, in every sense of the word. Here are a few reasons that plastic straw bans might not be as sustainable as you'd think.