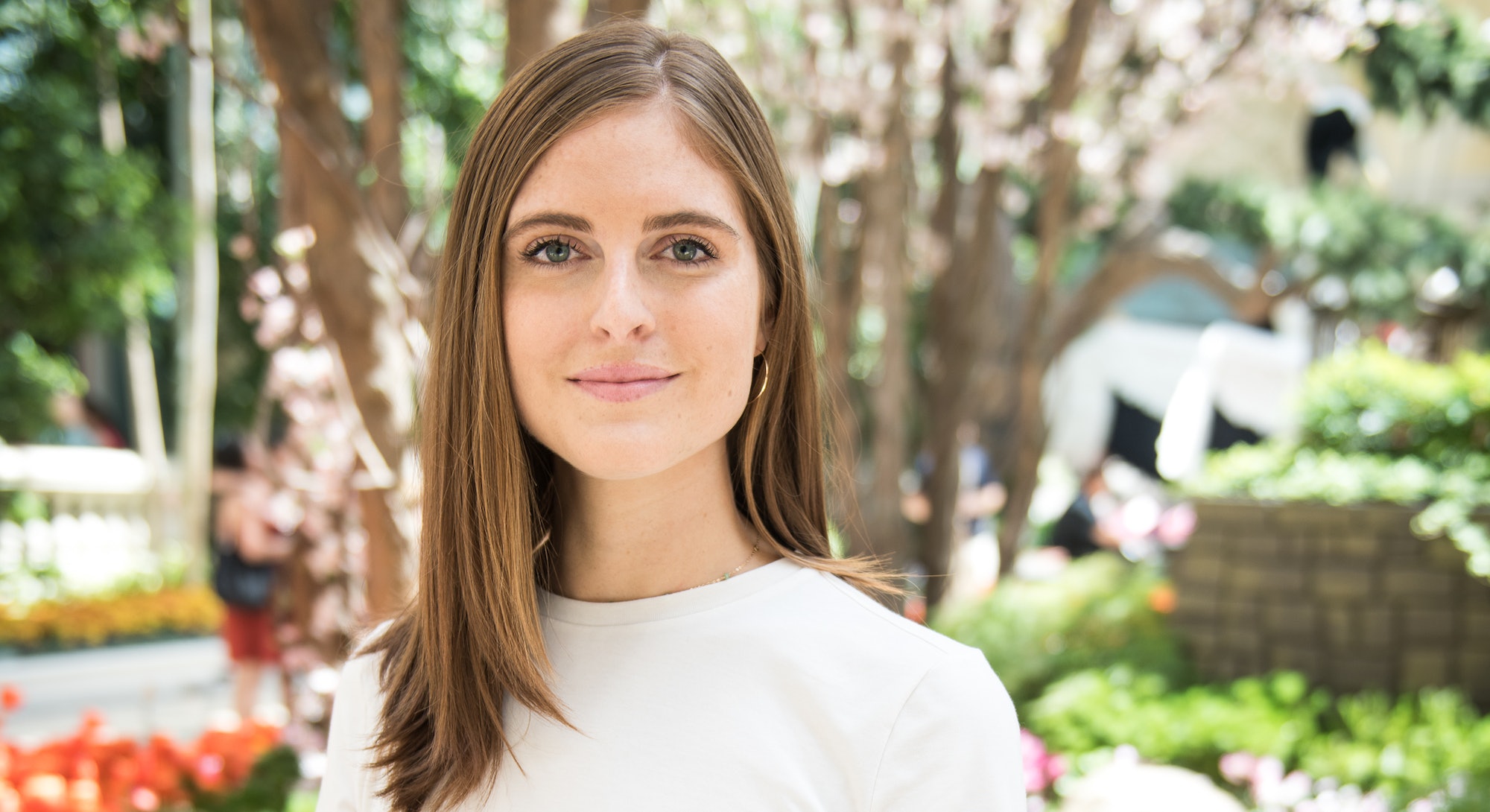 When I arrived in New York City on a snowy New Year's Eve almost seven years ago, the last thing on my mind was taking care of myself. I was laser-focused on one thing and one thing only: making it work. Since then, life has felt like a wonderful tornado comprised of new jobs, new friends, and new adventures. The only constant? A seriously packed schedule that leaves me with little time to breathe, let alone practice self-care.

Now, as a full-time editor who is committed to staying active and being social, I *still* find it challenging to find time to indulge in the things that make me feel like my best, most refreshed self.

So what's a city girl to do? First things first: I realized it was time to actually start prioritizing self-care before the dreaded burn out struck. Step one: Get off the hamster wheel of NYC life. I bought a ticket, boarded a plane, and jetted off to a place that couldn't be more different from my home turf: Las Vegas, Nevada.

Yep, you read that right. I flew to Vegas to learn how to better care for myself. Hear me out: Las Vegas is known for many things, and let's be real: Self-care isn't exactly one of them. But what a lot of people don't realize is that the city has a thriving wellness scene, and its literal oasis-in-the-middle-of-a-desert location makes it the perfect escape.

Long story short, that's how I ended up — armed with some comfy leggings and years worth of stress begging to be burned off — heading across the country for a weekend that I'll never forget.

Here's what I learned.

Something that became immediately clear to me when I landed in Vegas? A peaceful inside starts with a peaceful outside. Simply removing myself from my usual surroundings gave me a major jump start when it came to resetting my mindset. The all-day sun and postcard-worthy views didn't hurt either.

I found that this mentality also applied to my living space — no matter how restorative the activities on my itinerary were, if the place I rested my head at night wasn't serene, then what's the point?

Lucky for me, my Vegas home base was a Stay Well room at the MGM Grand — and for that, let me just say, hallelujah. With its soft lighting, air purification system, and dawn simulator alarm clock, I was able to wake up renewed every morning, beginning each day with a solid foundation ... without hitting snooze once.

At home, my meals fall into two categories: healthy/bland or unhealthy/delicious. But in Las Vegas, I made the life-changing discovery that I — gasp!— didn't have to choose between indulging in my favorite flavors and doing right by my body.

Exhibit A: Hitting up The Juice Standard at The Cosmopolitan felt like the ultimate ~treat myself~ moment. Yes, somehow I enjoyed a juice-and-nutmilk tasting more than any wine tasting I've ever been to (who even am I!?). I settled on a bottle of Bee Excellent, which tasted WAY more like dessert than nutmilk, and I'm happy to report that it kept this East Coaster hydrated all through an exhilarating desert hike (more on that later).

Exhibit B: After an active morning, I found myself at the sunny Overlook Grill at The Cosmopolitan, which had plenty of juices and salads on their menu (my only criteria for a post-workout meal). What I didn't expect was the variety of their offerings, which also included better-for-you (and tastier, TBH) versions of the things I usually save for cheat days. Never has a bloody Mary and an order of fish tacos tasted so good.

Let me be clear: When I'm running on a few hours of sleep, the last thing I want to do is work out. But I shocked myself when, after an early morning flight and a healthy dose of jet lag, I popped right out of bed for a class at Yoga Blend at The Cosmopolitan and left 60 minutes later feeling ... incredible?

The instructor led us through a series of poses and flows, which combined moves from all different types of yoga. By the third downward dog, I found my exhaustion melting away, and began to feel energized, peaceful, and — since the studio was only separated from the busy main fitness center by a clear glass wall — very motivated to stretch deeper and flow harder than I ever had before. I even continued my poses from my class at the Bellagio Conservatory and Botanical Gardens, to combine yoga, art, and nature!

Growing up on the East Coast, I've always had an affinity for the natural beauty of rocky beaches, rolling hills, and glacier-carved lakes. It wasn't until this trip that I came to appreciate the wonder of a desert landscape. And let me just say, OMG.

Seeking the best hike in town, I was directed to Red Rock Canyon, which is a 30-minute drive from downtown Las Vegas. Between the sweeping views, the rocks so red they looked like they were on fire, and the wind rustling the Joshua trees, I immediately knew this place was something special.

And the best part is that, during my hike, city life couldn't have felt farther away (due in part to the fact that there's no cell service at Red Rock — a blessing in disguise!).

After I finished my hike and was heading back to the parking lot, I stopped and took a last look behind me. The day was coming to an end and the hikers, rock climbers, and bikers in the distance had become almost indistinguishable from the desert plants. But there was something about the dry air and the unobstructed evening sun soaking into the rocks that made me feel like I was exactly where I was supposed to be.

This post is sponsored by Las Vegas Convention and Visitors Authority.