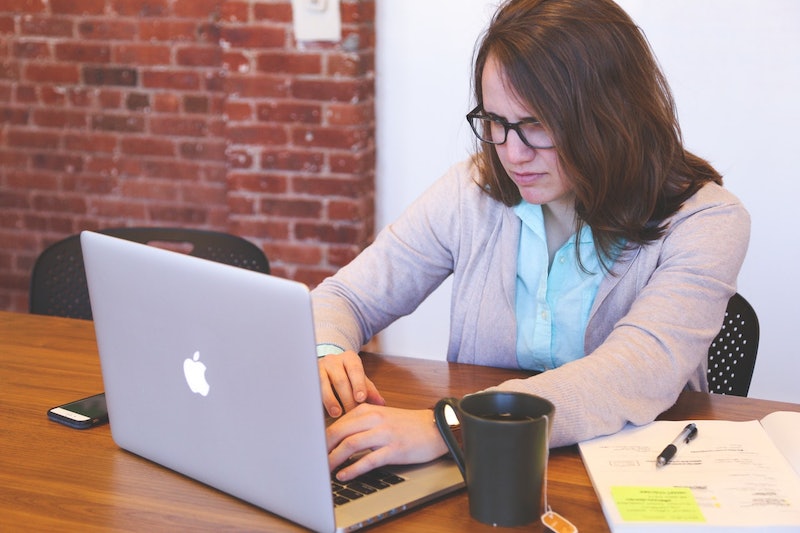 Perhaps you thought you bid farewell to bullies when you left junior high or high school, but bullying doesn't just happen in the schoolyard. If you've ever been bullied at work then you know that not everyone outgrows boorish adolescent behavior. The World Health Organization reports that, "A negative working environment may lead to physical and mental health problems, harmful use of substances or alcohol, absenteeism and lost productivity." So, it's fitting that the theme for World Mental Health Day 2017 is mental health in the workplace — because workplace bullying can definitely have a negative impact on your mental health.

Sharie Stines, Psy.D, notes on a blog on Psych Central that workplace bullying is alive and well, and in some cases co-workers won't stand by you because office politics and schoolyard politics aren't that different. "You may believe that some of these people are actual friends, but find that when the going gets tough, these people have no actual loyalty to you," Stines writes. "They would rather look good to others, or steer clear of you in order to remain 'in' with the bullies."

Additionally, I've been in workplace bullying situations where co-workers fear they might lose their jobs if they go against an office bully, especially if the person doing the bullying is the boss. And, one of the hard things about workplace bullying is that it often involves gaslighting, so you may tell yourself that it's all in your head. However, workplace bullying is so prevalent that there is a Workplace Bullying Institute. While it's always good to trust your instincts, if you're not sure if you're being bullied at work here are some signs to look for, and information about what you can do about it.

You're Out Of The Loop

Stines notes that one sign is feeling ignored, overlooked, and isolated, like everyone knows a secret but you. The WBI says that this could manifest in the person bullying you telling others at work to stop working, talking, or socializing with you.

You're Asked To Complete Impossible Tasks

The WBI also advises that being asked to meet unrealistic goals is a sign of workplace bulling. "You attempt the obviously impossible task of doing a new job without training or time to learn new skills, but that work is never good enough for the boss," the WBI notes. When you fail to meet impossible expectations, "You are shocked when accused of incompetence, despite a history of objective excellence, typically by someone who cannot do your job."

Stines likens this to being "unsure" of the rules, and receiving repercussions for breaking a rule that are not in line with the infraction. Or, being "reprimanded or blamed for innocuous 'offenses,' such as being five minutes late to a meeting, or standing the wrong way, or answering the phone improperly; all the while watching your co-workers committing similar or worse 'infractions' with no consequences."

Have you ever been told to "work it out" with someone who has more power than you? Another sign of workplace bullying, according to the WBI, is being told by HR that the harassment you're experiencing is not illegal, and that you need to work it out yourself with the other person.

A more severe example is, "everyone — co-workers, senior bosses, HR — agrees (in person and orally) that your tormentor is a jerk, but there is nothing they will do about it (and later, when you ask for their support, they deny having agreed with you)."

This one is infuriating, and has happened to me, which is why I am a big fan of taking screenshots of chat conversations where bullying takes place, and saving emails. If you are in a lower position than the person bullying you, it's pretty difficult to "work it out yourself." The person doing the bullying already knows they have the upper hand, and any attempt by you to work it out can be seen as insubordination.

You're Yelled At In Front Of Others

When I was a little kid my mom worked in finance, and she had a boss that would yell at her so loudly that, once while I was visiting her at the office, I hid under her desk. This is a clear example of workplace bullying. The WBI notes that a sign of workplace bullying is if "people feel justified screaming or yelling at you in front of others, but you are punished if you scream back."

Stines describes being treated disrespectfully, condescendingly, and insultingly, and feeling ambushed as a sign of being bullied at work. You might also end up being a scapegoat for other people's failures.

While workplace bullying can make you anxious, trigger depression, manifest as physical symptoms, and leave you feeling hopeless and just plain bad at your job, Shahida Arabi says on Psych Central that the reason most people are targeted is because they are good at their jobs. "It may surprise people to discover that the workers who tend to be targets of harassment and bullying in the workplace happen to be the most skilled," Arabi writes.

Additionally, the WBI notes that, "targets are more technically skilled than their bullies. They are the 'go-to' veteran workers to whom new employees turn for guidance. Insecure bosses and co-workers can't stand to share credit for the recognition of talent. Bully bosses steal credit from skilled targets."

And, because targets tend to be more empathetic, and have higher emotional intelligence than those who are bullying them, they are less likely to be confrontational, which can lead to stress-related health problems, including PTSD.

What To Do If You're A Victim Of Workplace Bullying

The most important thing you can do is develop a support system, and take time to pay attention to your physical and mental health. Long-term exposure to workplace bullying can have a major impact on your personal life. The toll workplace bullying takes on your self worth is hard to recover from mentally. Stines recommends letting yourself go through the stages of grief, valuing yourself (remember, you are likely smarter and more competent than the bully), not taking on the shame because you didn't do anything wrong, and if there is no way to rectify the situation with the workplace bully — move on. You can even work with an e-career coach, like Ama la Vida, to make sure you make the move that's best for you.

Some people might see that as letting the bully win, but saving yourself makes you the winner. And, once you're out of a toxic situation, you'll wonder how you survived it for so long. While you survived because you're strong, that doesn't mean you deserve to be bullied. No one does.

More like this
How To Help Your Parents Talk About Mental Health
By Gina Tomaine
What Millennials Can Learn from Gen Z About Mental Health
By Lexi Pandell
What Forest Bathing Is & Its Benefits, Explained
By Carolyn Steber
I Was All For Medicating Mental Health Issues – Just Not For Me
By Anonymous, as told to Dana Smith
Get Even More From Bustle — Sign Up For The Newsletter