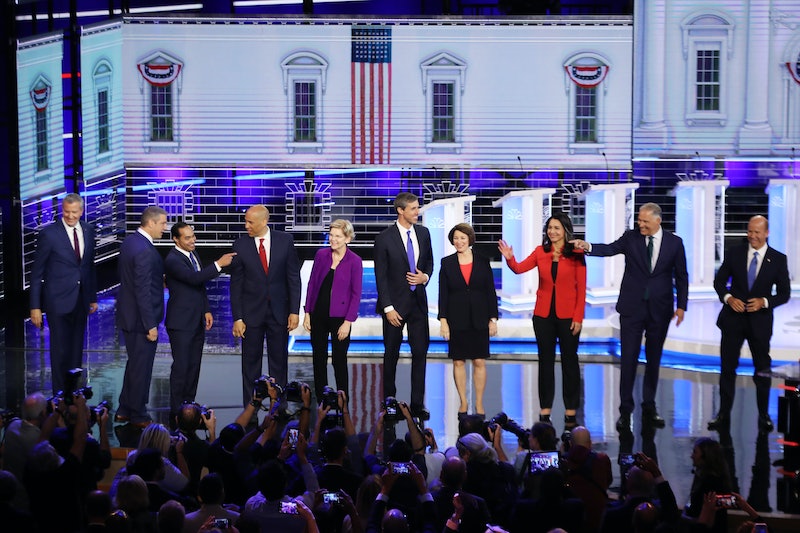 Rape culture and reproductive rights are important topics in American political discourse, and Democratic candidates discussing women's issues during the debate were tuned into that on stage. On Wednesday, during the first Democratic debate of the season, presidential hopefuls talked about everything from equal pay to abortion access, vying to be the candidate with the most impressive stance on the issues. In an effort to distinguish themselves on women's issues, candidates at times even spoke over each other.

President Obama's former Housing and Urban Development Secretary Julian Castro was the first presidential candidate to mention women when he spoke about equal pay, and from there it was a rapid fire race to devote time to the subject. By and large, the candidates made clear that women's rights were something they all pretty much agreed on. Simply put, they all support protecting access to abortion (though they generally didn't say the word), and they all agree that women should have equal pay for equal work.

But women's issues are not limited to those two topics, and supporting an idea in theory is a lot different than presenting an actionable plan —let alone a timeframe to implement it. That's one of the reasons why it's still important to pay attention exactly how candidates talk about women's issues, even if they all share similar opinions.