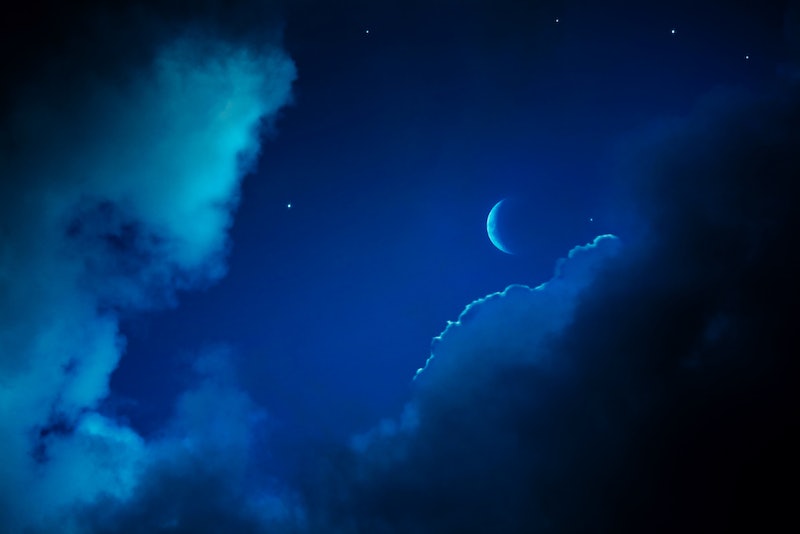 It feels like the Jan. full moon (which was also a total lunar eclipse!) just happened. But, believe it or not, a new moon cycle is on the way. That starts with, of course, the Feb. new moon, which will be in the sky on Feb. 4. A new moon is always a sign of a new beginning and the end of something older, and it has strong effects on everyone (usually in a good way, though!). This new moon will be full of intensely positive and inspirational energy, but it won't be the same for everyone. There are some zodiac signs the Feb. 2019 new moon will affect the least, and you should know if your sign is one of them.

This new moon rises in the sign of Aquarius. According to DarkStar Astrology, it will make us grow quickly as we get rid of old habits and start something new. It will also force us into "emotional independence," which sounds overwhelming, but can definitely be a good thing. You may find yourself feeling more creative, more motivated, and more energized to take on new endeavors. You're also going to find yourself feeling more optimistic than usual, which can help lead you towards some new beginnings.

Or, if you're one of the below zodiac signs, you may find that things have remained, well, pretty much the same. Of course, the new moon is going to affect you in some sort of way, it just won't be as intense as it would be with some other signs. Bustle spoke with astrologer Lisa Stardust, who explained the four signs who will be affected the least: