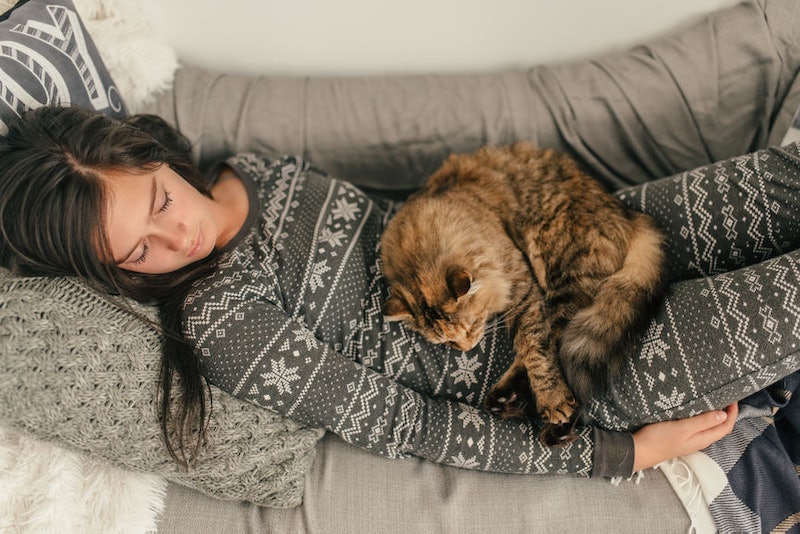 The current British heatwave has made marg-sipping, park-lounging, responsibility-avoiding sloths of us all. But if you consider yourself a little on the inactive side regardless of the weather, I've got good news. It turns out that your so-called "lazy" behaviour could actually be a sign of intelligence. So stop considering your reluctance to do that 5K run before breakfast a character flaw, friends, because your attitude might actually suggest you're just really, wonderfully clever.

Although productivity's often presented as a moral virtue in today's society (something that warrants a whole debunking of its own), there's several behaviours commonly perceived as laziness that are, in fact, associated with unusually high intelligence — by proper scientists and all.

If you've long lamented your inability to keep your desk tidy, tried and failed to start assignments any other time than the night before the deadline, or despaired at how much time you've spent doing absolutely nothing at all, you could be in possession of a pretty giant IQ. Suspect you might be a secret genius? Or just want some scientific evidence to get someone off your case and let you sit on the couch? Keep reading. Here are five behaviours people deem lazy that are actually signs of intelligence. (You're welcome.)