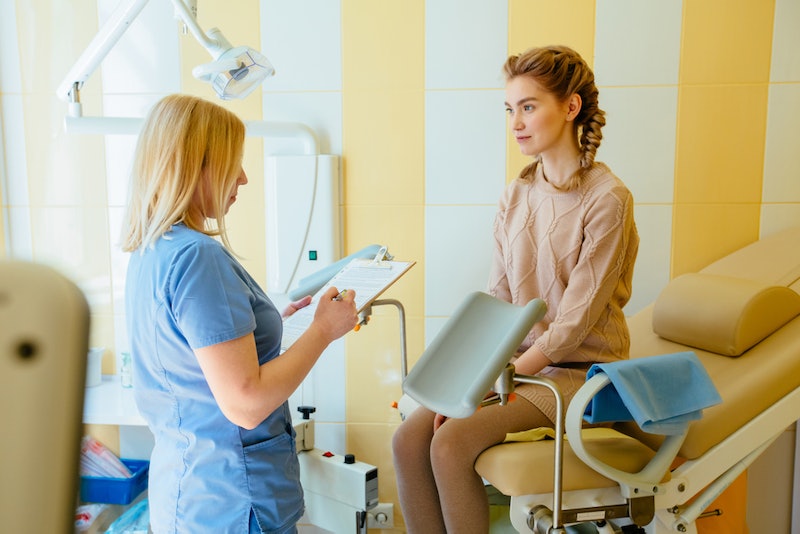 The intra-uterine device, or IUD, is a hugely popular method of contraception worldwide. IUDs increased in popularity by 900% in the U.S. following the election of President Donald Trump in 2016, and the BBC reports that in Asia they're used by up to 27% of women to prevent pregnancy. They come in both copper and hormonal types, and are considered extremely effective when it comes to contraception, with a 99.9 % success rate, according to Planned Parenthood. However, the act of actually getting an IUD and the process of adapting to its presence in the body can differ widely from person to person. There's no uniform IUD experience, and information about the process can be mixed or lacking — which means that people can fall through the cracks.

Seven women from the UK and U.S. tell Bustle about what their IUD experience was like, what they wished they'd known before they'd gone through the process, and the aspects they hadn't anticipated beforehand. If you're thinking about getting an IUD, these women's stories show the importance of doing your research and talking to your gynecologist. They also give some ideas about what to expect afterwards, and what might make an IUD the right choice for you. Here are five facts about IUDs these women want others to know before they get one.