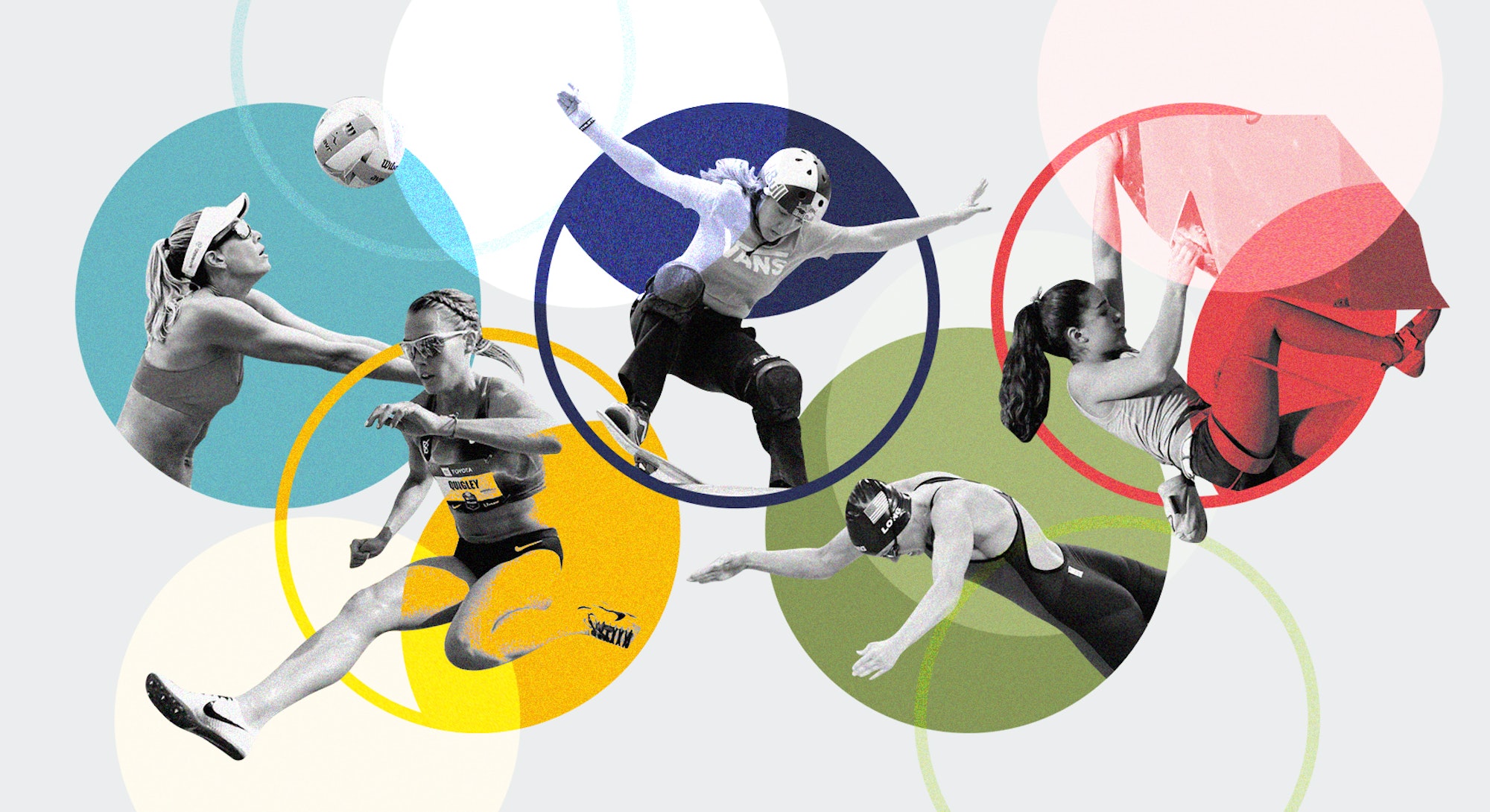 By the time the International Olympic Committee postponed the 2020 Summer Olympics, nobody was very surprised. The novel coronavirus had already caused the cancellation of Wimbledon, halted nearly every tour from Harry Styles’ to Mariah Carey’s, and put movie premieres worldwide on pause. While rumors swirled that the Olympics would move forward without fans, on March 24 the IOC made the historic call to move the Games to 2021.

According to a survey from the United States Olympic & Paralympic Committee, 93% of athletes were in favor of the postponement. But that doesn’t mean it will be an easy road to 2021. Olympic and Paralympic hopefuls spend their lives preparing for their moment on the international stage, from nonstop training and grueling dieting to lesser talked-about aspects like securing enough funding or sponsorships and putting personal lives on hold. Now, they’ll have to modify their workouts for the indoors and convince sponsors to stick with them, all while grappling with the emotional toll of the postponement amid a pandemic.

As the nation shelters in place, Bustle spoke with Olympians and Paralympians about their new reality: potentially losing sponsors, canceling moves, and turning a studio apartment into a makeshift gym as they begin their journey to the 2021 Games.

The teen rock climber from Boulder, Colorado is the first U.S. climber to qualify for an Olympic Games.

On her “tour de my house”: I started making videos [called “tour de my house”], climbing parts of my house for people to see that there's other ways you can be active at home. The first video I went up my stairs and then around my fireplace. The second one was me climbing around my kitchen. My dad built my whole house and it’s climbing inspired, so I know it's sturdy. Otherwise I train on the climbing wall in my basement.

On keeping her sponsors happy: My sponsors are all very supportive during this time. I’m finding ways to support them while indoors, like climbing around my house in their shoes and posting it online, so I can keep that relationship solid.

On Skype workouts: A lot of my training this year was [through] going to competitions, and of course our whole competition season was canceled. Now my daily training with my personal trainer is on Skype, rather than in person. It's nice to be able to still talk to her, but harder when it's not in person. A lot harder.

The Baltimore-based Paralympic swimmer had her lower legs amputated when she was 18 months old due to fibular hemimelia, a congenital condition in which all or part of the fibula bone in the leg is missing. She’s participated in four Summer Paralympics, winning 23 medals, and is still in the qualifying process for the 2020 Games.

On missing the pool: Because I’m missing both of my legs below the knees, swimming is my form of exercise. I picked swimming because you don't have to wear prosthetics to do it. Now, I lay on a big workout ball and imitate swimming. I don’t know if people realize this, but if you miss a day of swimming, it takes like a day and a half to get back into it. So right now I've been off for about three weeks. It's going to take me double that, plus a little extra, to feel the water again.

On delaying her big move: I got married in October and my new husband, Lucas, is working in DC [and I live in Baltimore]. We were talking about where we were going to move to and starting that next chapter of our lives [after the Games]. Now it’s like, who knows if I will go to DC [since I have to keep training]?

On her financial health: Paralympic athletes get a different monthly stipend than the Olympic athletes right now, which is something I would love to see change. So I’m thankful that I have incredible sponsors, who are really sticking with me [through the postponement]. I work with Toyota, Arena, and Bridgestone.

The Portland, Oregon-based runner attended the 2016 Summer Olympics, where she placed 8th in the 3,000-meter steeplechase and has qualified for 2020 Olympic Games.

On the postponement: One thing that really helped me grapple with it was understanding what the other team USA athletes are dealing with. There was a survey that went out to the team USA athletes, and it said 65% of athletes have had to change their training and 25% of athletes can't do their sport at all [during quarantine]. When I saw that, it became clear to me that we wouldn't be doing these athletes any favors continuing to have the Games this summer [when they can’t train for them].

On rearranging her next year: I've never been to Hawaii, so my boyfriend and I were talking about taking a big Hawaii trip after Tokyo. It's just one of those things where you're like, "Well, Hawaii is going to still be there in a year [when the Games are over], I'll just go in 2021.”

On training in her studio: It's not lost on me how lucky I am that I can just go out for an hour run in the morning. I’m trying to mimic as much as I can of our normal routine from my apartment. I do pilates over FaceTime with my instructor and ride a spin bike in my living room. But I have a 550-square-foot studio apartment and now it’s me, my boyfriend, our Bernese Mountain dog, and the spin bike.

The Californian skateboarding star is one of the 21 members of the inaugural U.S.A Skateboarding National Team and is still qualifying for the Olympic Games.

On working out while sheltering in place: All the parks are closed and I'm not going out of the house, really. My dad’s taken over my training from my coaches [during quarantine] so I can focus on my mental health. We have a gym in our garage where we’ll do conditioning or jump on a tiny little trampoline for cardio.

On finishing high school: This year, my schedule was rigorous. It was like a different trip to a different country once or twice a month. If the schedule is like that [while preparing for the 2021 Games] then I would pull back probably all of my classes but algebra and English, rather than a full course load of six or seven, so I can focus on skating.

On her sponsorships: Vans will continue to support me with or without the Olympics. I’m under contract for three more years with each of [my sponsors].

On the postponement: I've never been to an Olympics, and there was a lot of talk about it getting canceled. That sent me into a state of panic because we're in a really great spot for qualification, and here I was thinking like, "Okay, I'm finally going to get my first shot at this thing." So when they announced the postponement, I was honestly relieved that they were still happening.

On her shifting finances: Volleyball players don't really make money unless we win tournaments, and obviously there are no opportunities to make money playing right now. So I'm relying fully on sponsorship money. But there is one company that we basically had locked down an offer with, and now it's kind of up in the air right now. Nothing has been signed because I think they don't really want to commit to anything at this time. So that's obviously tough, like, “Okay, this is money that I would've had [if the Olympics happened] and now I don't know what's going to happen to that.”

On her new volleyball partner: Not really playing much volleyball right now is hard because some people live with another volleyball player, but I live with my boyfriend who’s an ex-hockey player — so his volleyball skills are a little limited. We’ll play in the street but it's a totally different way of playing. I'm used to being really serious and intense and focused, and now it's kind of just goofy and lighthearted.

These interviews have been edited and condensed.