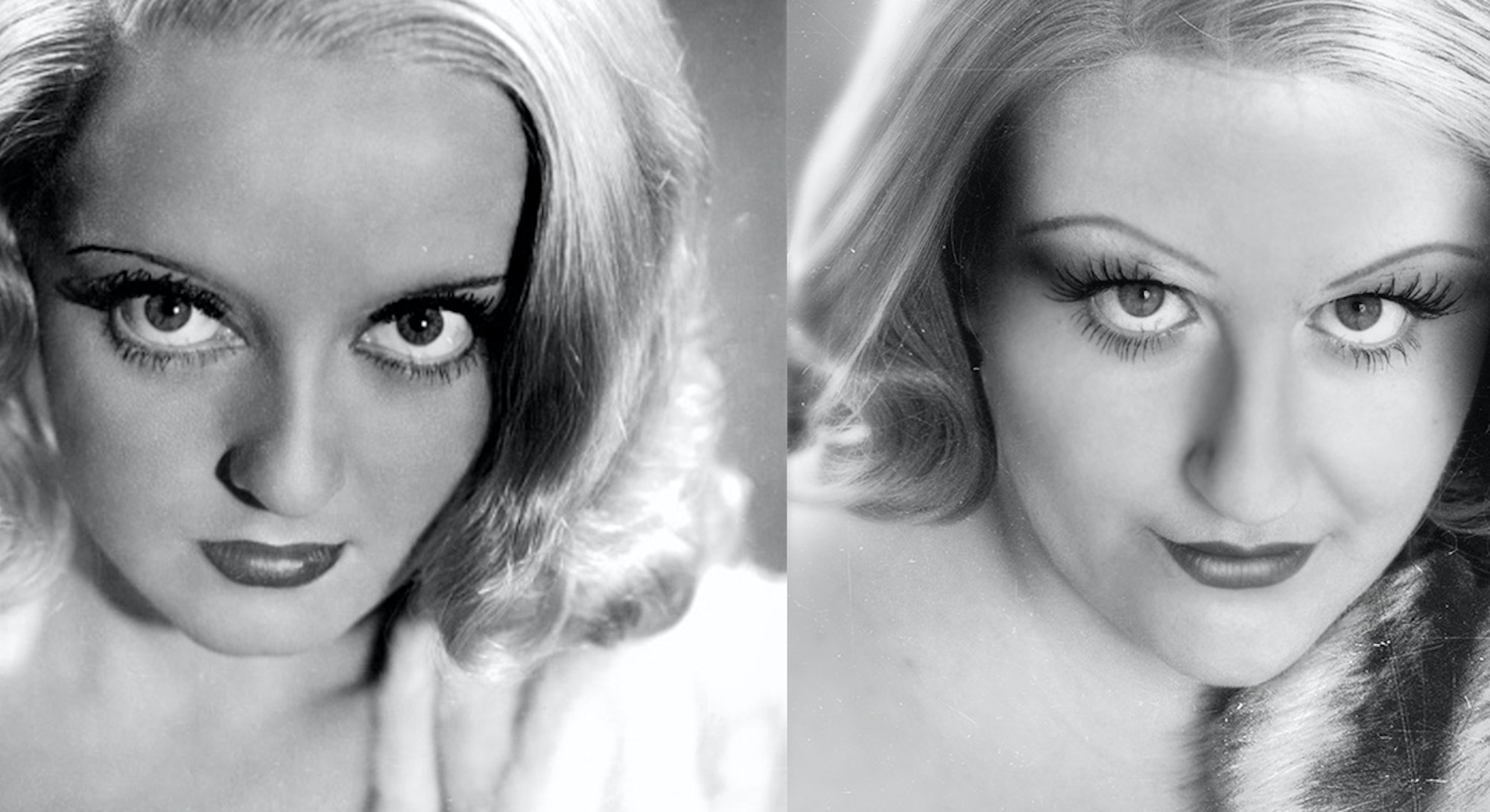 Although the standard for who, exactly, is an acceptable beauty icon has changed over the years, the idea of having one particular person who influences what you're inspired to put on your face every day persists. Everyone's motivation for who they pick to emulate varies: It could be a form of escapism — the chance to dress up like another person who you particularly admire. It could be a way to experiment with new beauty looks without feeling as vulnerable — after all, you're just paying tribute to someone else. It could even be a way to learn to love your own body or gender identity, if that icon is someone who looks and identifies the way that you do.

With the help of makeup artist Elisa Flowers and hairstylist Adam MaClay, we decided to screw interpretation and instead totally transform five people into their ultimate beauty icons. From RuPaul to Bette Davis, there's pretty much only one thing these icons have in common: They're all really freakin' fierce.

Shenelle showed up to our shoot with a bare face and casual outfit (though she was the only model to bring her own set of heels) — ready to be transformed into the incredible Grace Jones. When our hairstylist, Adam McKay, asked if Shenelle would be down to get a haircut on set to more accurately recreate Jones' flattop, she was all for it. After all, "it's hair. It grows back."

Jones has been Shenelle's beauty icon ever since Jones' appearance as Strangé in Boomerang. "Her character was bold, loud, blunt, and in your face," Shenelle tells me after her shoot. "I loved every bit of it because she was fearless and didn't give a damn what anyone thought. I was blown away!" Seeing this badassery on screen "inspired [me] to be the best Shenelle I could be."

Shenelle also admires how Jones "rebelled against society's standards" with her androgynous style. When I ask her how she felt after getting into full hair and makeup, Shenelle says she was, "completely in shock for a few seconds when I looked in the mirror! Like, my new name was Shenelle-Grace!"

While Shenelle doesn't think she'll try this exact look again ("Simply because we slayed it!"), she can't wait to show the photos to her future kids.

Despite their contrasting personalities ("Bette is more like *scowling face* and I'm more like *mimes yelling and throwing hands around excitedly*" Amanda says) Bette Davis has been Amanda's beauty icon for a while.

"When I was a little girl, my grandmother always used to sing the chorus from the Kim Carnes song, 'Bette Davis Eyes,' to me. I had no idea who she was at the time, but my grandmother explained that Bette had big, round, eyes just like my own."

Of her lifelong love for Davis, Amanda says, "I was an awkward kid — chubby, nerdy, the works — so I really fixated on the fact that I had this characteristic similar to a glamorous movie star."

Amanda is a beauty editor at Bustle, so she knew what she was getting into when she picked an icon whose transformation would require getting her eyebrows blocked out. Before we started, Amanda was nervous she wouldn't arrive at "full-blown Bette," but after MaClay and Flowers worked their magic, she was stoked. "This look is like, grown glam," she tells me.

While she'll probably never go for eyebrows this thin again, she will "100 percent be venturing further into the world of exaggerated lashes."

A South Texan herself, Alexandra has pretty much always considered Selena her beauty icon. "Without even realizing it, Selena created such iconic looks that are still being recreated today by not only celebrities but your everyday person too," Alexandra tells me.

"Selena has been my beauty icon since I can remember. If I had to put a number on it, 20 years," Alexandra says. "Selena was/is a household name for many South Texans, like myself."

"What I love most about Selena’s look is that she was incredibly unapologetic. One performance she’d wear her blue jeans, oversized Texas belt buckle, a plain white tee then the next day, it's a mariachi inspired crop top with a ruffle high-low skirt and heels," she continues. "Selena had the utmost creativity when it came to choosing her outfits and blended styles all across the board."

The transformation into Selena seemed to take over Alexandra entirely; she literally twirled onto set to show off her shiny vest, and danced through the entire shoot. "After the last bit of my look was complete, I immediately felt fabulous, joyful, and confident," Alexandra tells me later. "I felt ready to slay and conquer."

"Her style and, more importantly, the resilience it took to be a young Mexican-American woman in the male dominated Tejano industry and succeed wildly, influenced many young Latinos and Latinas to follow and pursue their dreams," she says. "In these current times of division and oppression of marginalized groups (which include Mexicans and women), I think it's important to remember and celebrate people who never gave up, despite the odds."

When we first emailed about the shoot, Alessandra told me her first thought was "Who's alt and plus size?" — but quickly realized that body shape and size is pretty much irrelevant when it comes to beauty. "I've been captivated by Helena for as long as I can remember," Alessandra goes on to explain her choice of the star for her makeover.

"I think I fell in love with her after watching Sweeney Todd," Alessandra explains. "She's a mix of natural and fierce. She has a profound, simmering power in her that radiates outward. I haven't seen anything like it before."

This soft, brunette look was a huge departure from Alessandra's usual vibe ("My personal style is EXTRAAAA!!" she tells me later). Even so, she'd like to try it again. "I've missed being a brunette," she admits.

Bear was the first person to respond to my request for volunteers, and arguably the most enthusiastic about the project from the start. "As a non-binary person, seeing Ru perform all facets of gender has really helped me within my own discovery of gender presentation," Bear tells me. When I asked if there was a particular beauty look they'd want to copy, Bear said, "Honestly, all of Mama Ru's looks are sickening, so I'm just honored to be emulating any likeness of hers!"

Typically, Bear tells me they only wear "lipstick in all kinds of funky colors" — so a full face of makeup that included four sets of false lashes and layers of tape and concealer to transform their brows made for arguably the most dramatic makeover. But all that time in Flowers' chair was worth it: "I felt absolutely stunning and powerful," Bear tells me later. "I immediately felt myself start to emulate Ru and I certainly stood taller."

In recent times, having beauty icons has become less about perfectly recreating Marilyn Monroe's red-lip-and-winged-liner combo or Farrah Fawcett's impossibly voluminous waves and more about creating your own interpretation of a look (or combination of several looks) that gets you excited. And since getting your eyebrows blocked out by a professional isn't exactly an everyday option, picking and choosing the bits you love most can still help you get to that blissful moment of escape.