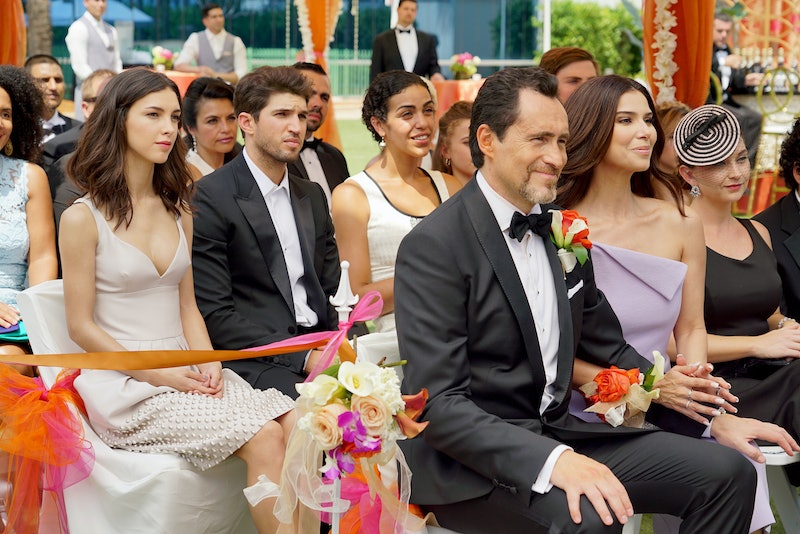 Crank up the A/C! This summer, the only thing steamier than the heat outside is the drama on ABC’s new show Grand Hotel (premieres Monday June 17th at 10|9c on ABC). Executive produced by Eva Longoria, Grand Hotel is set at the last family-owned hotel in Miami Beach, Florida, where scandal, glamour, mystery, and forbidden romance are all part of daily business. Honestly, we're so here for it.

But appearances can be deceiving, as is the case with this Miami hot spot. Business isn’t what it once was, and Santiago has gone deep into debt trying to keep the hotel afloat. And his big, happy blended family? It’s neither happy nor blended — complete with evil step sisters, sibling rivalry, and contentious business deals. Oh! Plus, a young, beautiful line cook, Sky (Arielle Kebbel) disappeared under mysterious circumstances during a recent hurricane — a disaster that seems to have been swept under the rug.

Read on for all the reasons Grand Hotel is just as hot as a summer romance, if not hotter. Grand Hotel premieres Monday June 17th at 10|9c on ABC after The Bachelorette.