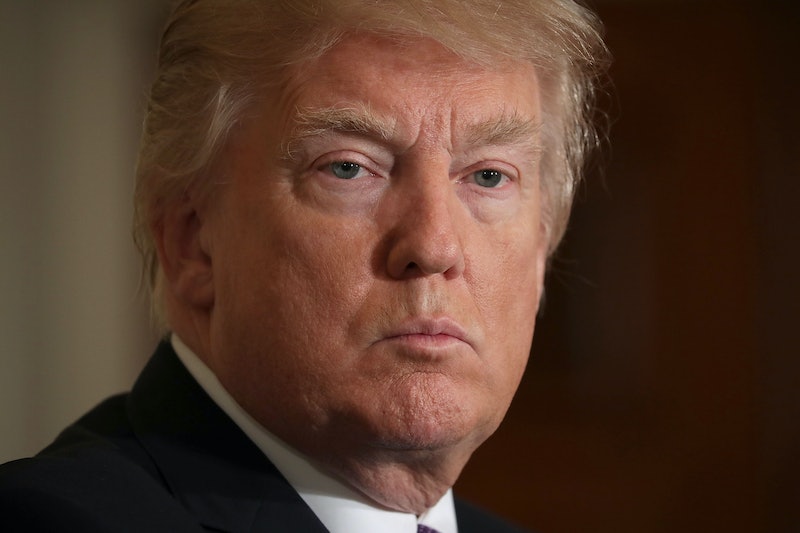 There is no easier way to tick off a white man by telling him that he is born with certain privileges that women and minorities don't have. I spent most of my time in graduate school laying out the very real existence of biases against women in politics, so I've spent a good deal of my brain power exploring the inherent privileges that white men — who still account for the vast majority of our elected officials —enjoy. But for now I'll lay aside the academic mumbo jumbo and give you five anecdotal signs that white male privilege is alive and well.

Bringing up white male privilege (or white privilege to many women, too) almost inevitably triggers a counterargument that basically follows the following format: 1) Said white dude defends the fact that he has worked very hard to get where he is. 2) White bro then proceeds to tell you exactly what his specific hurdles have been and how he navigated them. 3) He finally concludes that based on his personal experience, he is immune from being part of wide-sweeping systematic privilege. Bonus points if he somehow throws in that women and minorities have received help that he, a white man, didn't get.

You've heard some version of this, I'm sure. It's a conclusion that can only be reached by someone who wholly rejects well-established studies of feminism and race, so trying to bring them to a level to suddenly accept these disciplines is almost futile. What you can do, though, is present some real world examples of how white men are better set up to succeed in society. It doesn't always work, but you can at least see them work a little harder through their Olympic level mental gymnastics routine.

1. The current leader of the United States

Need any proof that white dudes can do whatever they want? Think about this for a moment: Our current president, who had absolutely zero experience in politics, was elected even after it was revealed that he was racist and misogynistic.

In fact, experts have noted that the anger that white males felt — spurred by a threat of a black president and, potentially, a female president — may be a key reason why President Donald Trump was elected in the first place.

But more than that, it seemed that white men (and women) were so afraid of what they perceived as a threat to their way of life that they passed over one of the most qualified presidential candidates in history in favor of a dude who used to host The Apprentice.

It's well documented that women make less than men. There have been pushes for years to pass equal pay laws to no avail. But white men specifically are at an economic advantage. Men are more likely to get paid more than women for the same job, but as The Root's Michael Harriot points out, "black men with 11-20 years of work experience earned 23.5 percent less than their white counterparts." Harriot also pointed to a Pew Research study that shows that on average, white men make more than every other group aside from Asian men in 2015.

In 2006, three Duke lacrosse players were accused of raping a black woman that they had hired as a stripper. To make a very long story short, the three white players were eventually cleared of the crime.

It was one of those cases that people hold up as evidence that women often falsely accuse men of raping them. And, strangely enough, the whole scandal gave birth to the public careers of Trump adviser Stephen Miller and alt-right leader Richard Spencer.

Long before the three players were cleared, both Miller and Spencer made wrote articles and made public appearances defending the players, who were largely scorned by the Duke faculty. Their defenses of the players' innocence turned out to be legitimate, but along the way they perpetuated the idea of black hypocrisy and the fact that white men are singled out for being white men.

In a way, then, the very ideals that Miller and Spencer would continue to falsely espouse can all be traced back to the their initial defense of the Duke lacrosse team. That one instance of rare false rape accusations would allow them to launch entire careers based on the fact that white men are disadvantaged in society. You can get the whole story of how their rise was directly tied to the Duke lacrosse scandal at New York Magazine.

And on that note, let's talk about the alt-right. As the Washington Post's Danielle Paquette noted last November, the alt-right shouldn't just be noted for its platform about white supremacy, but also the idea that white men should rule the world.

Spencer admitted to the Post that in his ideal ethno-state (read: white people), most women would return to their traditional role of child bearing machines. Alt-right blogger Matt Forney was even more hostile to women's role in the movement: "Trying to 'appeal' to women is an exercise in pointlessness,” he wrote. “The alt-right’s focus should be on recruiting young men, the fuel of revolution. Once the tide begins to turn, women will flock. ... Don’t get me wrong: it’s not that women should be unwelcome, it’s that they’re unimportant."

5. The fact that this is offensive to anyone

A "white privilege checklist" appeared in a University of Minnesota residence hall this week, and of course it triggered a poor white dude. Evan Christenson, a sophomore, said that he's considered himself a liberal all of his life, but this bulletin board apparently shook him to his core.

The cards on the bulletin board pulled from the 1988 work of Peggy McIntosh, a women’s studies scholar from Wellesley College, and included such incendiary signs of white privilege such as, "I can turn on the television or open to the front page of the paper and see people of my race widely represented."

Christenson took his grievances to the Minnesota Republic, a right-leaning student newspaper. "When you have taxpayer money going to a public university, I think every side should be represented," he told the paper. "I think it’s awkward to have that [bulletin board], and then have the ‘Respect Everyone Everyday’ poster right next to it."

But as white men are accustomed to, Christenson's complaints and the social media swirl that surrounded it got the bulletin board yanked down on April 13.