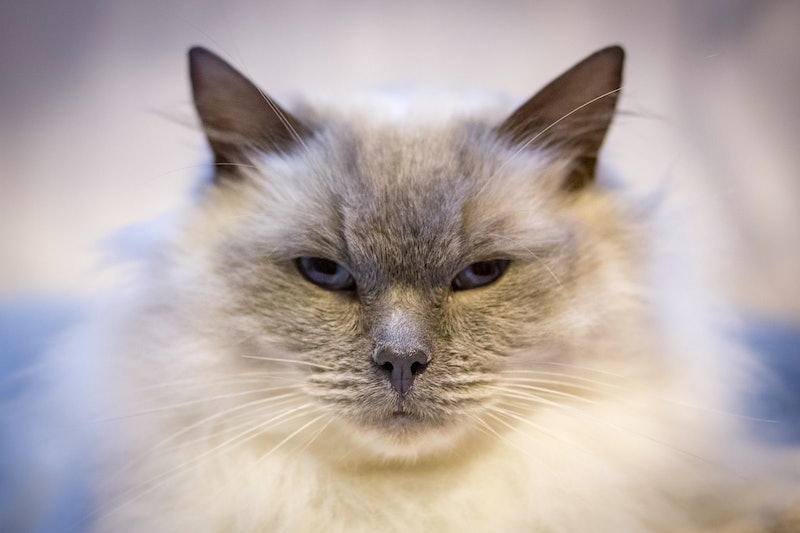 It's a truth universally acknowledged that if you're looking for a smart pet, cats are a pretty good way to go. But figuring out the smartest cat breeds depends on how you define smarts. Cats aren't actually that obedient when it comes to standard intelligence tests. Professor Mary Bly explained to Purina, "Dogs come when they’re called; cats take a message and get back to you.” However, the breeds that are deemed to have the most intelligence when it comes to humans are the ones who are the most sociable and willing to learn — so if you're looking for a hyper-intelligent cat, you'll be recommended a breed that has a reputation for showing off its smarts. Many other cats may be perfectly intelligent, but have no inclination to demonstrate it at all.

My own domestic shorthair, who is a mixed-breed, can open doors and come when she's called, but only figured out her cat tree has a top level after five months. We've known that cats can learn through conditioning, like dogs, since the late 1800s, but new information about cat intelligence turns up regularly; for instance, Japanese researchers only recently found that domestic cats recognize their own names (though whether they respond is another thing). Some cats, regardless of breed, will be easy to train; others will lick their paws and go to sleep.

Be warned that if you want an intelligent cat, you'll likely adopt an animal that thinks for itself — and might outsmart you on the regular. Here are five of the smartest cat breeds.