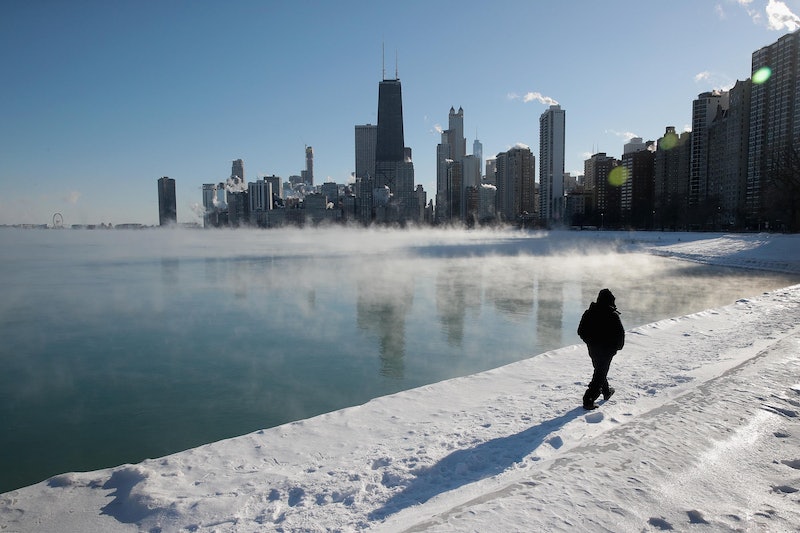 As climate change makes its mark on the earth, scientists say that episodes of extreme cold, like the past week's polar vortex in the U.S., may only become more common. These extreme weather events can be incredibly dangerous. Beyond the obvious physical and psychological effects of exposure to extreme cold, it can also affect our neurological health. Our brains are warmth-loving organs that spend a lot of time bathed in hot blood, so it stands to reason that perhaps exposure to seriously cold temperatures isn't exactly their favorite thing. While the jury remains out on whether cold temperatures in general are bad for the brain, it's pretty clear that extreme, polar-vortex, boiling-water-freezing-in-seconds cold has serious impacts on your brain and the nerves throughout your body.

The brain may be cushioned from the worst of the cold weather by its location, but that doesn't mean that the temperature effects can't reach it in various ways. Extremely cold weather on its own can induce strange behaviors, stressful responses and nerve damage, while being cooped up indoors to survive the onslaught of yet another snow storm also has neurological consequences. The lesson? You need to take care of your brain as much as you do your body when temperatures drop way below zero.