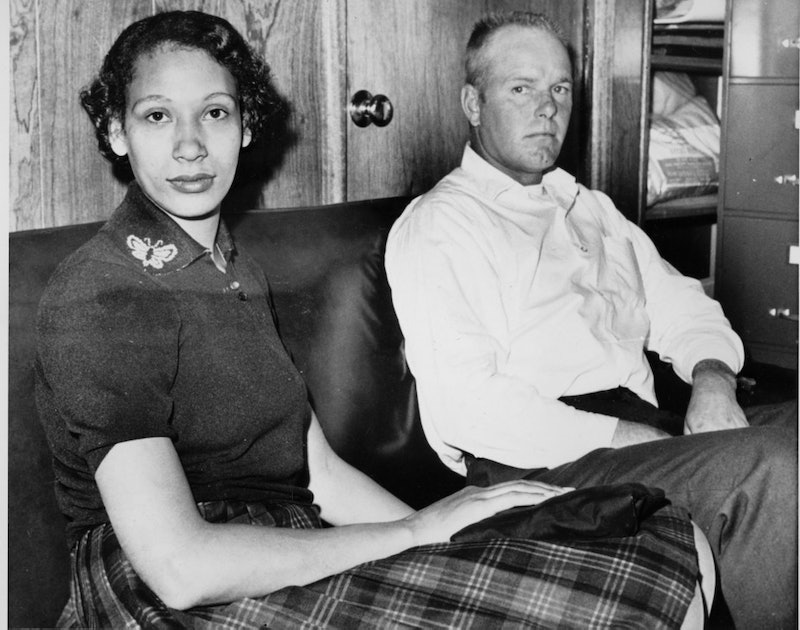 Today is Loving Day, a holiday that celebrates the anniversary of Loving v Virginia, the Supreme Court case which declared interracial marriage legal across the US. It's shocking to remember that the ruling — which was a blow against institutionalized racism, a step towards greater marriage equality for all, and the basis for last year's award-winning film Loving, about the couple at the center of the legal storm — is only 50 years old, and that many of our parents were alive in an era when states could uphold laws barring people of different races from marrying. But it is true; and the fact that we're only a generation removed from a time when people were locked up, fined and exiled for daring to marry or cohabit with somebody of a different race is one of the most glaring examples of the racism that runs deep throughout our country's foundations.

The story of how childhood sweethearts Mildred and Richard Loving brought about one of the most important US legal rulings of the 20th century is a long one — and one that did not begin with them and their case. "Anti-miscegenation laws" — specific laws that prohibited marriage between people of different races — have a long and brutal history in the US that reaches back to the colonial era; a history that we're still fighting today. In honor of Loving Day, let's be sure that we know our history.