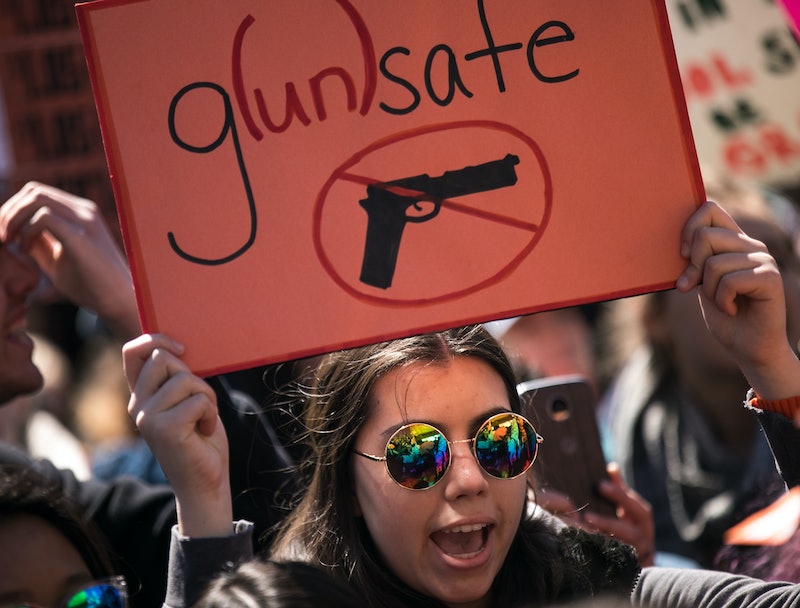 While research on gun violence is lacking, there's little arguing with the fact that gun violence is a serious public health concern. The American Public Health Association estimates that guns kill more than 38,000 people a year, while Everytown For Gun Safety reports that for every person killed by a gun, another two are injured. But those figures alone don't illustrate the full extent of the problem. These charts about gun violence get right to the heart of the issue, just in time for National Gun Violence Awareness Day.

In an effort to raise awareness about gun violence, Everytown and its partner organizations are asking supporters to wear orange Saturday. According to three year's worth of data analyzed by the nonprofit Gun Violence Archive, mass shootings (defined as a single incident in which four or more people are killed or wounded) occur at least once a day.

Data on school shootings paints an equally depressing picture: More than 187,000 students have experienced a school shooting since the 1999 Columbine massacre, a Washington Post analysis found. In 2018 alone there have been 23 school shootings which resulted in injury or death, according to CNN. Visualizing numbers like these really puts the whole gun violence debate in perspective.