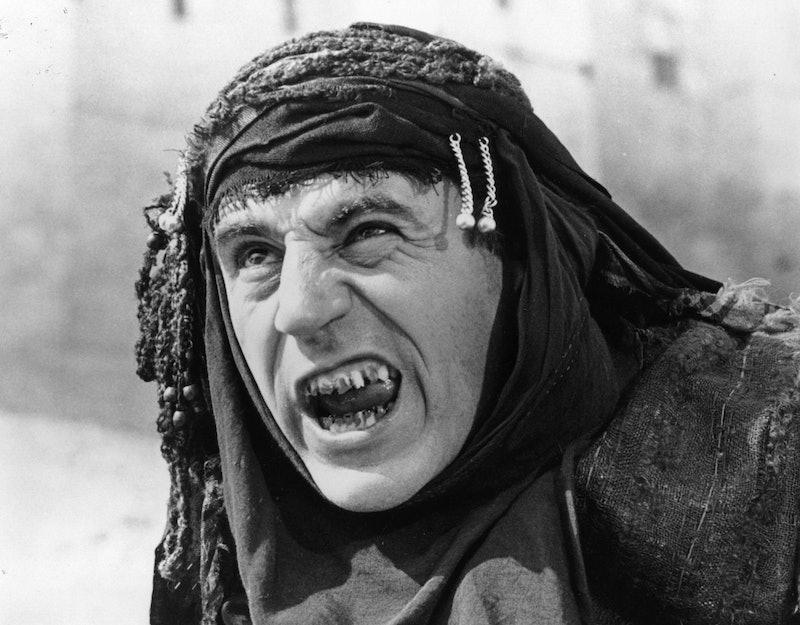 On Tuesday Jan. 21, it was announced that actor and comedian Terry Jones had passed away, four years after being diagnosed with a rare form of dementia. Friends and fans were quick to share their great sadness online, paying tribute to the legend of entertainment. Despite being involved in a number of projects, Jones was best known for his work with Monty Python, a 1960s comedy troupe with a profound lasting influence on British comedy. If news of Jones' passing has inspired you to find out more about his life and work, there is no better place to start than the five iconic Monty Python sketches below, which will lead you into the surreal depths of British humour at its finest.

With 45 episodes of their original TV series (Monty Python’s Flying Circus), five feature films, and multiple live shows, there’s a lot to choose from when it comes the six-man comedy group. Delving into their most famous moments is a good way to go, though, with Dead Parrot sketch, the Spanish Inquisition, and the lessons on Spam being some of my personal favourites. And of course I couldn't go without mentioning The Life of Brian and The Holy Grail.

Along with some of the most iconic sketches, a few of the ones I’ve picked could be considered more obscure. That's because I believe six sketches below best highlight the talent that Jones brought to Python, which, especially now, is so important to acknowledge.