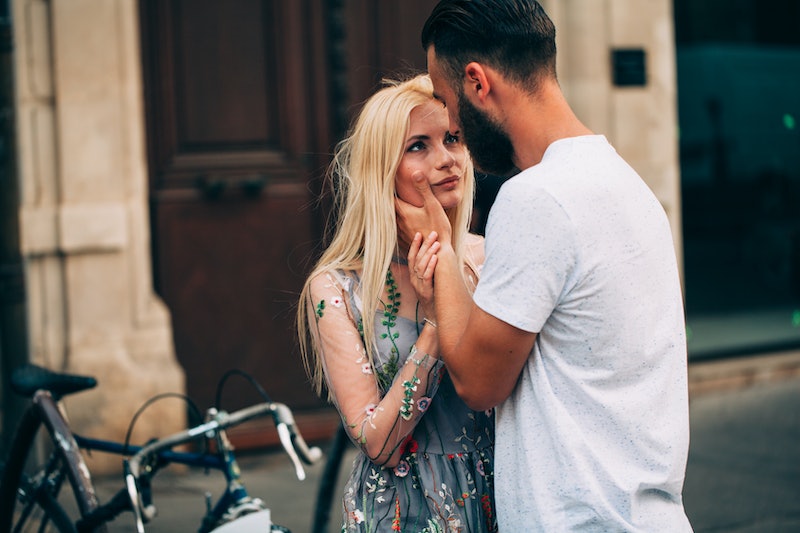 It's always a good idea to have a forgiving heart, as people aren't perfect and are bound to mess up. When you're in a relationship, there's much value and love there, so it's common to have to forgive and move on in order to maintain the partnership. Yet, there are some things that are unforgivable in a relationship, and this can range from big issues that affect just you and your partner or even a few other people (which of course, can be even worse.) If you're stuck, wanting to forgive, but you simply can't, know that you might not be in the wrong. Sometimes it's best to hold that grudge and get rid of the toxic relationship.

As a certified health coach, I work with clients on having beneficial, healthy relationships, both with significant others and with friends and family. When people disappoint you or make you angry, it's tough to deal with, but hopefully, you can come to a resolution, forgive, and move on. Yet, in rare instances, there's no room for forgiveness, simply because whatever the argument or behavior was about was just too offensive to get over. While you might still love this person, it won't be good for your wellbeing long-term, and that relationship won't ever really be the same, anyway. Here are 7 things that might just never be forgivable, and you shouldn't feel bad about that.

Abuse is never to be tolerated, and it's not wrong to be unforgiving. When it comes to your SO, if there was any physical violence, it's hard to overcome that and still have a loving, comfortable relationship. Yet, when it comes to children, it's even worse, and it'll be unforgivable from the side of the spouse or partner, and the child, once that child grows and understands the gravity, explains relationship coach Jessica Herndon, over email with Bustle. accidents can and will happen that were not intentionally meant to hurt. "Adults know the difference between right and wrong, children are still learning. As adults we must be a role model. Abuse inflicts trauma and/or teaches abuse, and that is absolutely not forgivable," Herndon says.

2. Cheating With No Remorse

While some people might be more willing to understand and mend the relationship, other times cheating is unforgivable, and that's totally valid, as it shows a level of disrespect — especially if the person doesn't seem to feel very bad about it. According to Vikki Ziegler, a renowned divorce attorney, relationship expert, author of The Pre-Marital Planner, and star of BRAVO TV's Untying the Knot, over email with Bustle, being disrespectful routinely and intentionally shouldn't be forgiven.

This can tie into cheating, but also just lying in general. If your partner keeps lying to you, he or she can't be trusted, and it's a level of disrespect and shadiness that might not be forgiven in a relationship, says Ziegler. Discuss it with your partner, and if he or she keeps lying and can't change, it's time to call it quits.

Most relationship failures, romantic or not, are the result of low emotional intelligence, and this can come out in the form of intense emotional reactions and hostility during arguments. "Particularly ones inability to control triggers and emotional escalation, becomes the 'acid rain' that erodes the relationship," says relationship therapist Russ Palmer over email with Bustle.

What makes this a non-forgiving attribute to some could be it's high probability for repeated behaviors and patterns. "One thing that I think would qualify someone as 'unforgiveable' and undeserving of a second chance is if they fail to take responsibility or show remorse for what they've done wrong, or defer the blame for it," says Rabbi Bregman, rabbi and matchmaker in NYC over email with Bustle.

Sure, if your partner is flirting openly, it might make sense to be jealous. Yet, if your partner is jealous all the time without any real reason, it could mean you're in a toxic relationship that's not built on trust and love. This can be unforgivable over time, as it shows that lack of assurance in the strength of the relationship.

If your partner is trying to control your thoughts and actions, likes and dislikes, and your circle of friends, among other things, it could be unforgivable, as it shows a lack of respect and a scary, over-bearing nature. A good example might be if your partner is snooping on you, such as reading your texts or going through your journal. He or she could then be using that information to change you or manipulate you.

If your partner does any of these toxic behaviors, it could be time to end the relationship. Of course, it'll differ between individuals, as some people are more lenient with things than others, but generally, these actions are worth the grudge.