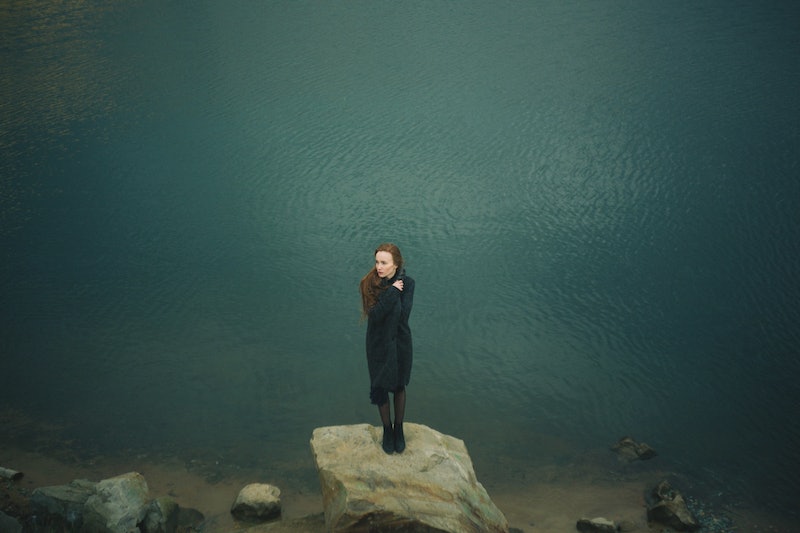 October is National Domestic Violence Awareness Month, and whether or not you've experienced violence at the hands of a partner or family member, you might be laboring under some misapprehensions about what domestic violence involves, who's affected, and what happens after DV. Myths about domestic violence, which is also known as intimate partner violence, are perpetuated in the media and in water-cooler conversations, from the old chestnut "well, she should have left him" to "it's not his fault because he had a hard childhood" (neither of these, by the way, are things you should ever say about domestic violence or survivors of it, because they aren't true.) Dismantling these myths is crucial to helping survivors, supporting resources that target the problem, and diagnosing the particular issues that create domestic violence in the first place. These are a few of the myths about intimate partner violence that come up all too often, and need to be debunked now.

According to the National Coalition Against Domestic Violence, 10 million people a year across the U.S. are abused by an intimate partner, which works out to nearly 20 people a minute. On just one day in 2015, a study by the Family & Youth Services Bureau found, over 31,500 people including children applied for emergency shelter or some kind of housing, and 7,728 of those requests had to be rejected because of a lack of resources or staffing. Domestic violence happens everywhere, and a major key to stopping it is to understand it by dismantling these common myths.