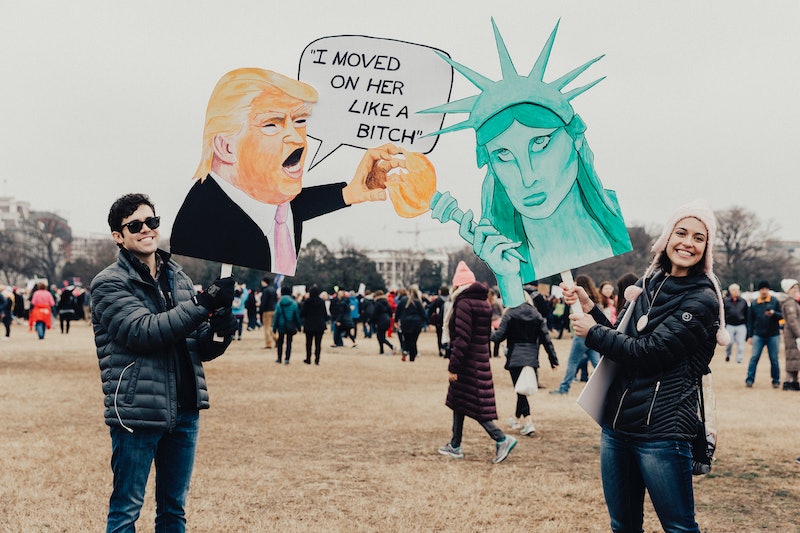 By now, you’ve definitely heard that a woman’s place is in the resistance — but what about laughter’s place in the resistance? Or the role that humor can play in political activism? Can we keep laughing, even as the state of American politics wavers between grim, confusing, and downright terrifying? Believe it or not, lots of feminists are funny; from Melissa McCarthy’s unforgettably pointed portrayal of former-White House Communications Director Sean Spicer, to the increasing number of female comedians using their platforms for political good, to these hilarious books written by women — all of which should help you stay motivated to resist in the weeks and months to come. (Because yeah, the resistance is only just beginning.)

For many feminists and activists, we’ve entered a “if I don’t laugh, I’ll cry” era of politics in the United States — but when given the choice, laughing your way to your next town hall meeting, march on Washington, or voting booth is so much better than crying. Laughter can be just as motivating as anger, and sometimes, we really, really need to remember to laugh. So, in pursuit of maintaining our sense of humor in less-than-sunny times, here are seven funny books by women that will keep you motivated to resist.