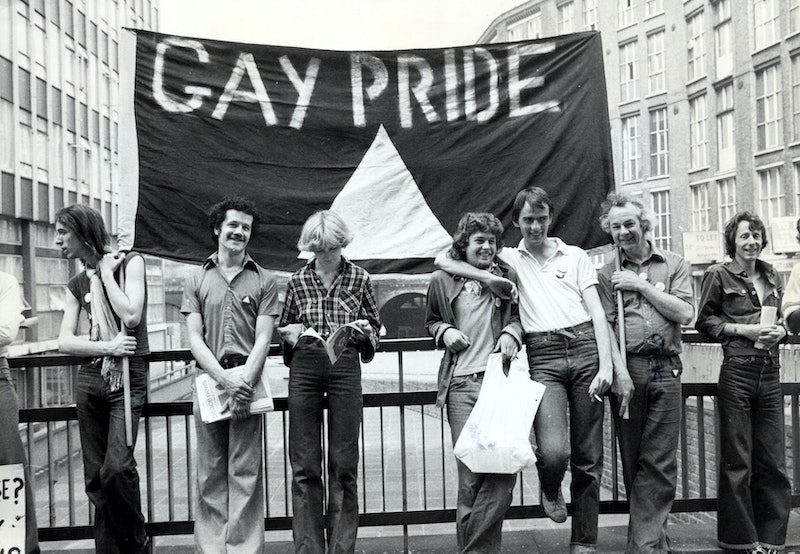 In some more privileged parts of the world, Pride has become more a chance to celebrate the rights that LGBTQIA+ activists and citizens have won, than a place to fight for them. But while some might oppose Pride as a mainstream, getting the LGBTQIA+ cause to the forefront of the country's consciousness has been a long-fought battle, pioneered by some of the UK's most courageous individuals. Now that Pride month is here, it's time to learn about some LGBTQ+ activists from the UK who deserve to be remembered.

From the early 20th century to the present day, these individuals have been instrumental in propelling the LGBTQIA+ movement forward. While some of the earlier activists campaigned for visibility and equal rights for LGBTQIA+ citizens, more recently activists have sought to shift Pride's meaning slightly, with a focus on inclusion. As the activists working today will tell you, there's still quite a way to go. The issue of transphobia in the UK, for instance is still one of the most pressing. Priorities are shifting so that everyone under the LGBTQIA+ umbrella can be treated equally. Here are some of the less mentioned names who have steered that vision forward.