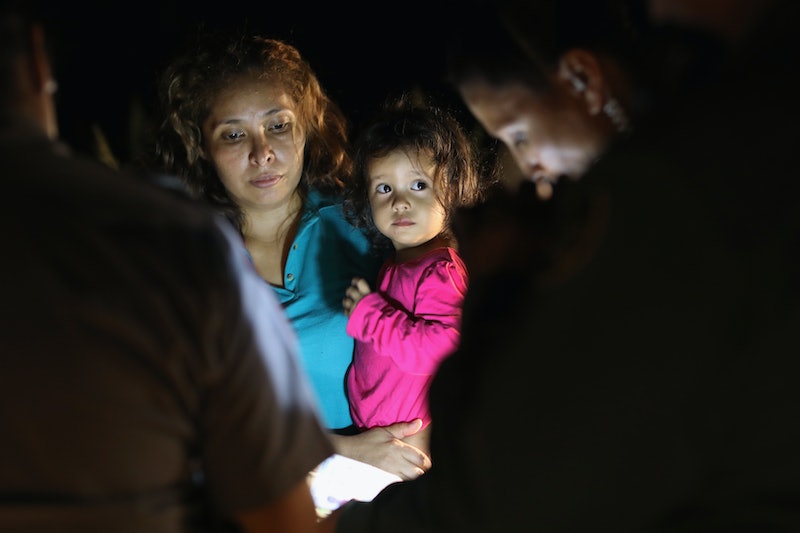 Deflect, defend, distort: This has been President Trump's response thus far to harsh criticisms of his "zero tolerance" approach to immigration. People have perpetuated numerous myths about Trump's family separation policy since reports surfaced that nearly 2,000 migrant children were separated from their parents over the last six weeks. To fully understand what's happening at the border, it's important to clean up the misinformation.

"The situation at our Southwest Border is unacceptable," Attorney General Jeff Sessions wrote in an April memo to U.S. attorney’s offices. The same memo asserted that anyone “illegally entering this country will not be rewarded, but will instead be met with the full prosecutorial powers of the Department of Justice.”

Since then, the administration has ramped up its "zero tolerance" policy, mandating that anyone caught illegally crossing the border will be criminally prosecuted. While parents await trial in jail, their children are taken to separate government facilities, with no idea when they'll see their families again. In an audio recording of children who have been separated from their parents obtained that ProPublica obtained from inside a U.S. Customs and Border Protection facility, children are heard sobbing and asking to go with family members.

Yet several of the explanations the Trump administration and conservative pundits alike have given for why these children were separated from their parents are based on complete falsehoods.