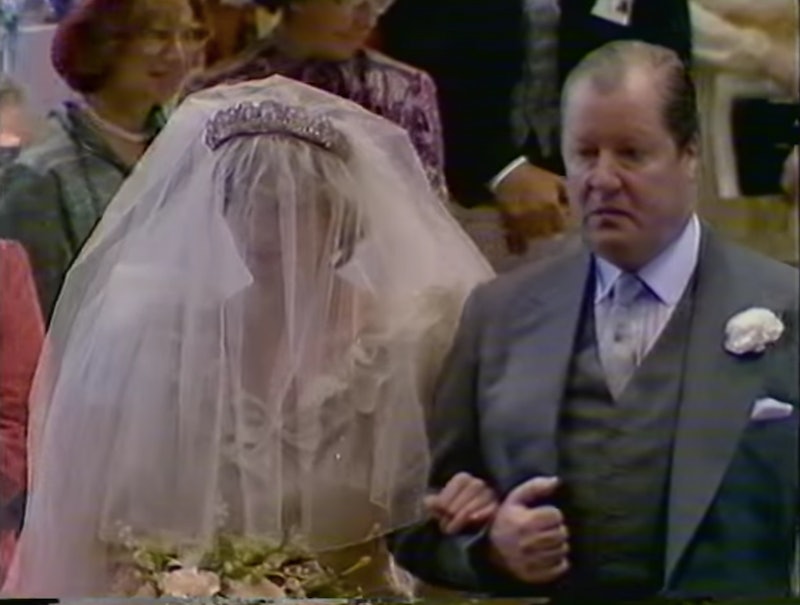 These days, an absurdly expensive wedding is often seen as a celebrity pastime — who can forget Kim and Kanye's over-the-top Florence nuptials, with flower walls and hand-carved marble tables? — but throughout history, the most mind-blowing weddings have been the preserve of royalty. In the 21st century, royals occasionally face pressure to do things a bit more decorously; when Crown Princess Victoria of Sweden married in 2010, there was a strong protest movement that declared the wedding too expensive in a time of austerity. Prince Harry and Meghan Markle's upcoming nuptials in May will likely undergo the same scrutiny. In the past, however, the royal families of the world viewed displays of wealth at weddings as a necessary facet of their rule.

The big expenses for royals in the most lavish weddings in history don't necessarily come from big dresses and fancy bouquets; they have to do with guests and the country in general. From hiring extra security for visiting dignitaries (not to mention crowd control), to days and weeks of pageants and parades, a royal wedding's more costly side has often been its public one. Sadly, it doesn't look as if Prince Harry will be giving the citizens of the UK a four-day marriage festival, as may have been the case hundreds of years back, but we can still be entertained reading about some of the most expensive royal weddings in history.