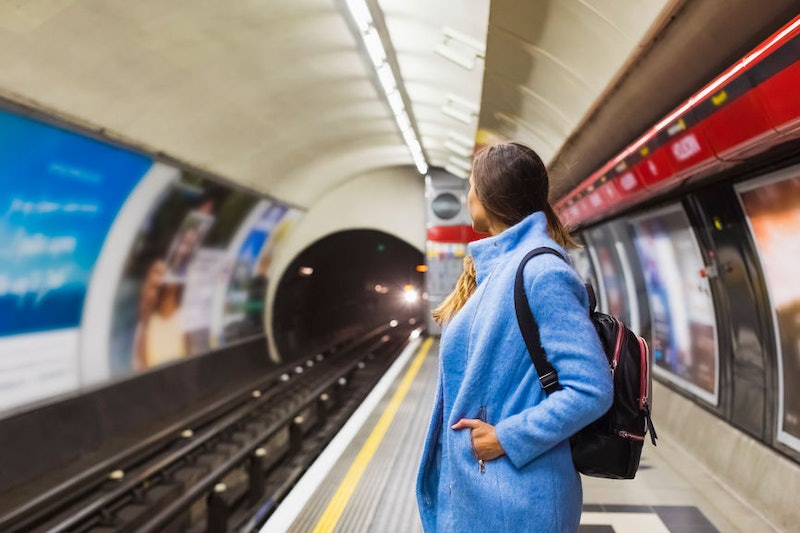 There's very little about public transport that's actively enjoyable: it's overcrowded, under air-conditioned, and all too prone to delays on the sole morning you slept in for an extra ten minutes. On a bleaker note, it's too often the site of harassment or abuse, especially for people belonging to marginalised communities. But there's a crucial distinction between disliking or distrusting public transport, and experiencing symptoms of anxiety while travelling on it. Find yourself constantly hovering by the bus doors, or thrown into panic by a tube delay? Some behaviours on public transport may indicate an anxiety disorder, something a doctor or therapist could help you to manage.

It's far from unusual for people with anxiety to find public transport problematic: journalist Rachel England wrote about her struggle with the Tube in Grazia, for instance, while British transport bosses held a conference in 2016 to discuss how best to ameliorate travel difficulties faced by those with mental illnesses, as reported by Buzzfeed. But it doesn't have to be an inevitable aspect of your journeys: for related anxiety disorders including agoraphobia and panic disorder, the NHS recommends treatment options including talking therapies, medication, and self-help techniques. Wondering if your travel habits might suggest you're dealing with anxiety? Read on for a few potential indicators.