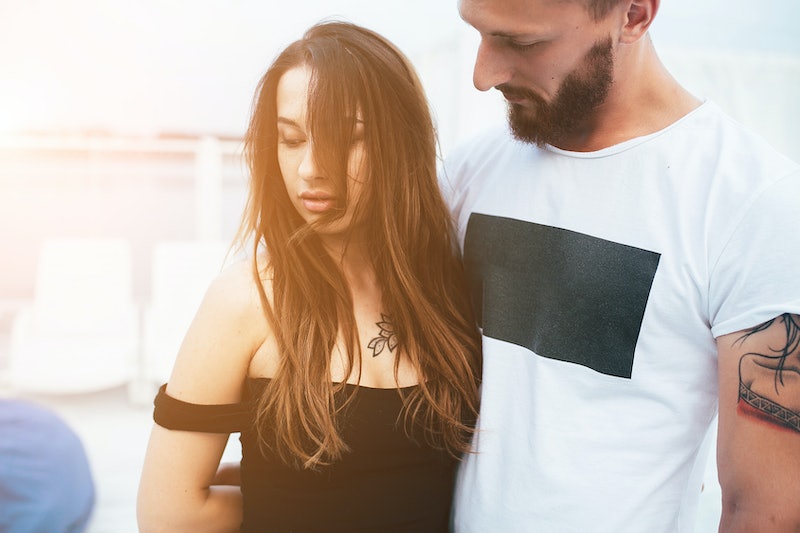 When someone is passive-aggressive, it can be really difficult behavior to deal with. It makes the other person feel small, prohibits real communication, and makes it impossible to get anywhere in conversation. And if you're the one being passive-aggressive in a relationship, then it can do a lot of damage.

The worrying part? You or your partner may not even know that you're doing it. Sometimes something as innocent as teasing can descend into passive-aggression. “Teasing your partner can be great for your relationship because it builds a playful rapport,” San Francisco-based matchmaker with Three Day Rule, Allison Gerrits tells Bustle. "But it's important to make sure the teasing isn't one-sided or too critical. If there are bigger issues that need to be addressed, have a clear and more direct conversation. Don't let teasing become a passive aggressive way to talk things out."

And that's the problem with passive-aggression, it can leak out in all sort of weird ways. Sometimes it makes your fight worse, sometimes makes you create a fight out of nothing, and sometimes it just erodes your partner's self-esteem. Make sure that you're not letting passive-aggression mess up your relationship, because your partner doesn't deserve it — and your relationship could pay the price. Here are the signs to look out for.