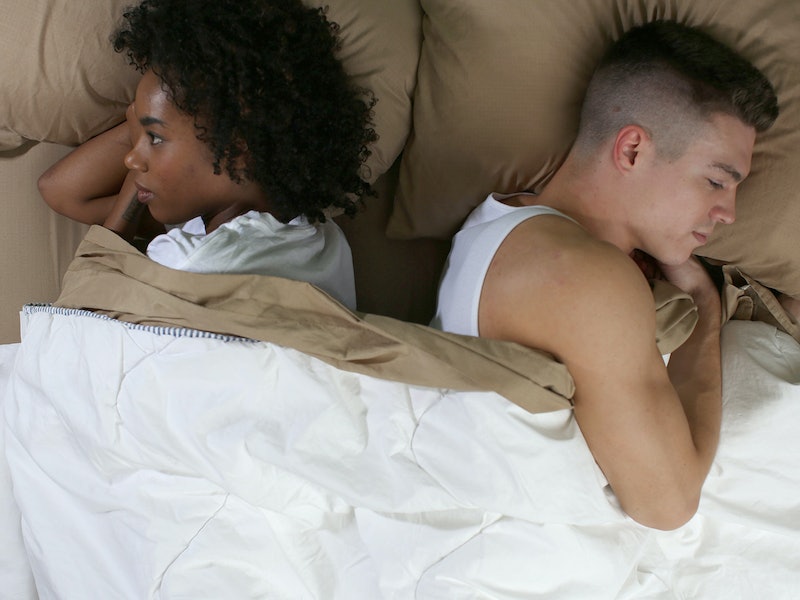 People get divorced for all kinds of different reasons. More often than not, it's the little things that add up and lead to the decline of the relationship. According to experts, most couples that get divorced have a few silent relationship killers in common.

According to Dr. John Gottman, couples are pretty much doomed to fail if they have any of the following four traits: stonewalling, sarcasm, contempt and criticism. He called these "The Four Horsemen of the Apocalypse." Out of the four, Dr. Gottman identified contempt as the number one predictor of divorce.

While licensed professional counselor, E.J. Smith, tells Bustle that the other three "horsemen" can also be problematic, contempt is by far the most damaging. "When people start to look at their spouse with contempt or resentment, it colors the lens through which we see, observe and interpret our spouse," Smith says. "Its presence undermines the desire to continue to work at our relationships. Even gestures and behaviors that could be seen as positive can be twisted in such a way that they're seen as negative."

Unlike major things like cheating, these types of relationship ruiners aren't easy to spot. It's important to be aware of them before it's too late to do anything about it. So here are some silent relationship killers that almost always leads to divorce, according to experts.