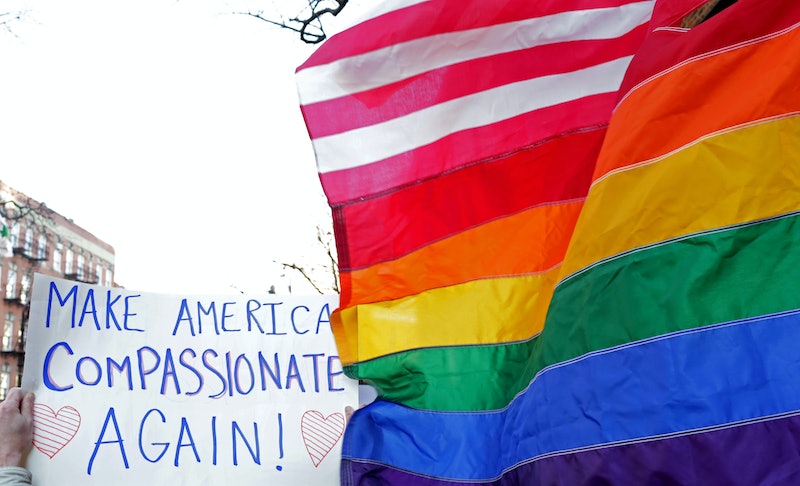 While the list of controversial things that President Donald Trump has done since assuming office continues to grow, one surprising benefactor are non-profit organizations. In particular, non-profits whose objectives go against some of the issues the Trump administration has opposed, like abortion access and increasing the number of refugees the United States take in, have seen a small silver lining in his election. For some non-profits, donations and memberships have increased since Trump was elected last November.

Granted, it is probably safe to assume that these organizations would rather that Trump not be in power. However, some, like the American Civil liberties Union (ACLU) and Planned Parenthood, are getting financial boosts and other manifestations of support to help them. Whether these groups protect civil liberties, reproductive rights, the environment, provide quality journalism or help LGBT youth, by supporting goals that are in contrast (or appear to be in contrast) to the goals of the Trump administration, they have made gains from Trump's dissenters.

Some have seen record donations pour in since the day Trump was elected president. Some have increased their memberships, which means their budgets will likely be sustained by continuing donations. Thus, their message and work will potentially reach a greater audience. Others have seen many more everyday citizens committing to volunteer, as well as people with special skill sets, like lawyers offering their services pro bono. But whatever the method of support, many non-profit organizations are seeing greater engagement and support to continue their work.

1. The ACLU Saw A Donation Surge

The ACLU has been leading the fight against Trump's most controversial policies. The non-profit has promised to stay vigilant, and in the first weeks of his presidency, they have already made good on that promise. After Trump signed an executive order restricting immigration from seven-majority Muslim nations, the ACLU sprung into action, filing a lawsuit to halt the order. In just two days, the group received $24 million in donations, six times their yearly budget, with a majority of the money coming from first-time donors. ACLU memberships have also increased by 150,000 to 200,000 since the election.

2. Support For Planned Parenthood Is "Unprecedented"

In just the first week after Trump was elected president, Planned Parenthood, which provides life-saving healthcare to women, had received 80,000 donations. Many of them were given in Vice President Mike Pence's name, as a method of protest to fight back against his own intensely anti-choice views and policies.

3. Trevor Project Gets A Big Boost

The Trevor Project, which provides crisis intervention and suicide prevention for LGBT youth, was dealing with a funding gap when a fortuitous mention on Last Week Tonight with John Oliver changed everything. Oliver, in a post-election segment where he urged viewers to support non-profits as a way to combat Trump's proposed policies, mentioned donating to the Trevor Project. The organization raised $165,000 in the fives days after the election, about six-times what they raise in an average week, according to Steve Mendelsohn of the Trevor Project.

4. Non-Profit Journalism Gets Its Due

The news organizations most often decried by members of the Trump administration as "fake news," like the New York Times and The Washington Post have seen a huge bump in subscriptions, driven by the constant attacks on their integrity. But non-profit investigative journalism site, ProPublica, which doesn't get the publicity that those other newspapers do, also saw an increase in donations after being mentioned in the Last Week Tonight segment. After the show aired, ProPublica received multiple donations per minute, as compared to the few donations per day it normally receives.

With Trump's campaign promises like removing the United States from the Paris climate agreement and his nominee for EPA director being someone who has sued the very agency, it's no wonder that environmental advocates have much to fear from a Trump administration. In the days following the election, the Sierra Club added 11,000 monthly donors, nine-times better than their best month on record, according to a Bloomberg report. The Environmental Defense Fund raised $250,000 in the week after the election.

Shortly after the election, the Council on American-Islamic Relations, a Muslim civil rights group, said that more than a thousand people volunteered to work with the organization. The support came from people of all faiths, it said, and major law firms offered their aid pro bono.

7. Raging Against Hate Is Now A Concrete Action

For those who are looking to rebel against the Trump administration but aren't sure where to start, the website ragedonate.com is here to help. The website takes actual Trump quotes, and pairs them with a non-profit that is relevant to the quote. If you find Trump's words rage-inducing, you can easily click on a button to donate $10 to the non-profit that is working to help whatever group or cause Trump has targeted in the quote.