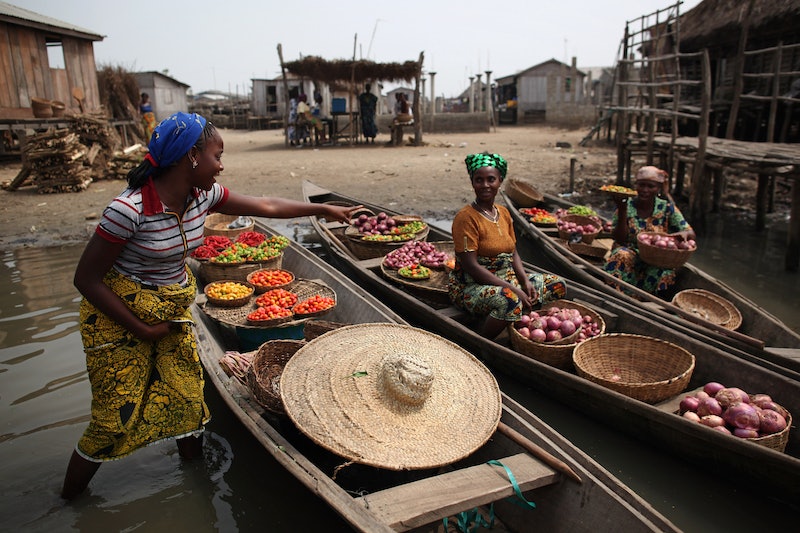 A new United Nations report warns that the world could soon face a global food crisis if key changes aren't made. As the report described, certain agricultural practices contribute to global warming, while global warming simultaneously makes farming more difficult and threatens the global food supply. If you want to help fight climate change, you can donate to various sustainable food organizations that are working hard to address some of the issues raised in the UN's report.

The UN's Intergovernmental Panel on Climate Change created the report, entitled Climate Change and Land, with the help of over 100 experts from 52 different countries, a report summary noted. As NPR described, the report examined how land-based activities, like agricultural production and deforestation, affect climate change — and reached some jarring conclusions. The report found that land use activities create approximately one-third of all human-produced greenhouse gas emissions, which then significantly contribute to global warming.

Notably, global warming makes severe weather events, like drought, flooding, significant rainfall, and extreme temperatures far more likely — and all of these conditions make it harder to produce food, the New Food Institute noted. The report emphasized that, if changes aren't made to agricultural production, this vicious global warming cycle could lead to a food security crisis. In fact, the New York Times indicated that 10% of the world's population is already undernourished — and that number will likely substantially rise if more steps aren't taken to secure sustainable food production.

According to NPR's coverage, the UN report recommended reducing food waste, increasing plant-based consumption, improving sustainable agricultural practices, and engaging in reforestation (restocking of forests through planting trees) as some ways to create a food secure future — and fight climate change. The organizations below are all working hard to achieve many of these objectives.

More like this
6 Organizations Fighting Police Brutality That You Can Support Right Now
By Syeda Khaula Saad and JR Thorpe
15 Black-Owned Liquor & Wine Brands To Add To Your Bar Cart
By Alexis Morillo
8 Charities To Donate To During Black History Month
By Alexis Morillo
These Artists Are Reimagining Black History Month To Create A Better Future
By Katie Mitchell
Get Even More From Bustle — Sign Up For The Newsletter
From hair trends to relationship advice, our daily newsletter has everything you need to sound like a person who’s on TikTok, even if you aren’t.