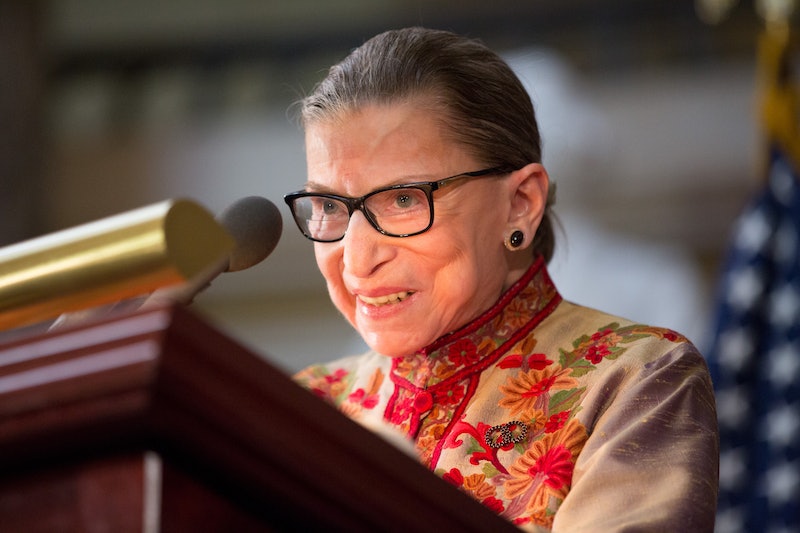 Today, March 15th, is the 84th birthday of Ruth Bader Ginsburg, the second woman ever nominated to the US Supreme Court— and you can stop worrying, because she won't be announcing her retirement any time soon; Ginsburg has stated publicly that she'll hold on "as long as I think I have the candlepower" and can still reel off cases off the top of her head. We're all grateful for the continuing presence of RBG on the highest bench in the land; but while most of us have only ever known her in her incarnation as a Supreme Court Justice, she had a long and sometimes fraught road to the office, filled with tragedy and heavy doses of sexist f*ckery. To celebrate the birthday of this human incarnation of the word "unstoppable," we've brought together some of the aspects of her biography you may not know.

Ginsburg has occasionally courted controversy in her career; recently, her characterization of athlete Colin Kaepernick's kneeling protest at the National Anthem as "dumb" brought on a firestorm of controversy, for which Ginsburg later apologized, saying that she was "barely aware of the incident or its purpose," and that her response was "inappropriately dismissive and harsh." However, there's more to Ginsburg than opinions from the bench and ill-judged comments to the media. Let's get into what there is to know about this 84-year-old who's keeping the liberal side of the Supreme Court afloat.