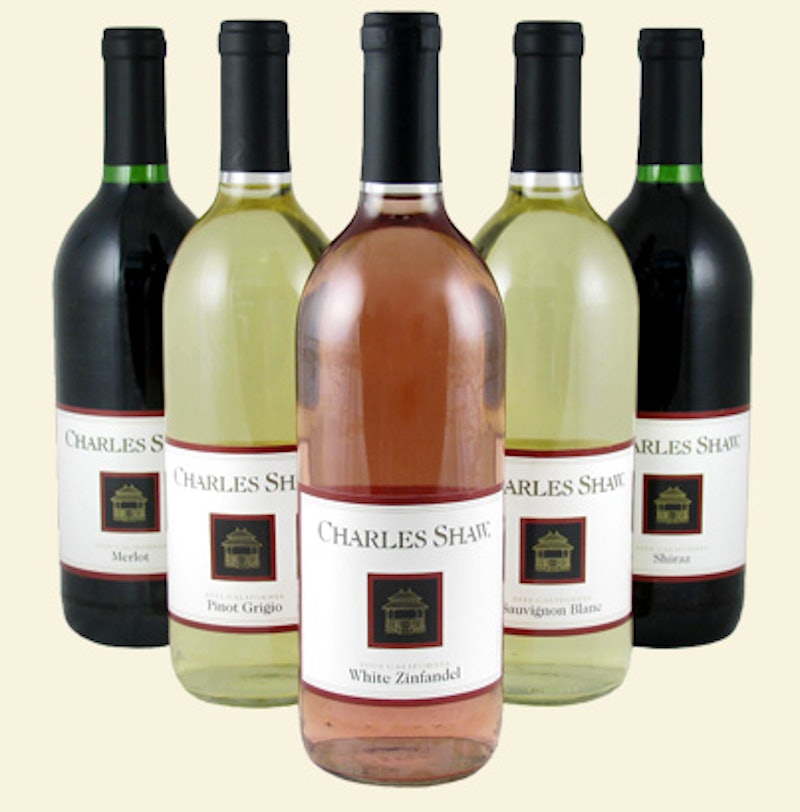 Meet my boyfriend, won’t you? His name is Chuck.

Listen, before you say anything, I don’t want things to be weird between us. I know that you and Chuck are close, that you’ve shared some fond memories, and maybe you still hang out. Maybe you love him. Maybe you even think you know him. But here are some things you may not know about my boyfriend, or as you call him, “Two Buck Chuck” at Trader Joe’s.

Chuck and I were introduced by mutual friends seven years ago, and we’ve been together on and off ever since. He’s cheered me on during my greatest successes, and comforted me during my worst failures. We dance and sing and cry and sometimes call my exes together at 2 a.m. but Chuck’s a modern, emotionally mature man, so he’s cool with it.

We’ve split up a couple of times after particularly rough nights, like that time he told me it would be a good idea to start Irish step-dancing in a crowded bar. Each time it’s the same: I start seeing other beverages; he continues to see tens of millions of other people across the country — 800 million since he partnered with Trader Joe’s in 2002. But each time we come back, drawn together by his low price point and my love of a good deal.

While Chuck is my other half, my one and only, my ride or die, I recognize he's important to a lot of you out there, so in the spirit of grace and magnanimity, here are some fun facts about our favorite bottled friend.