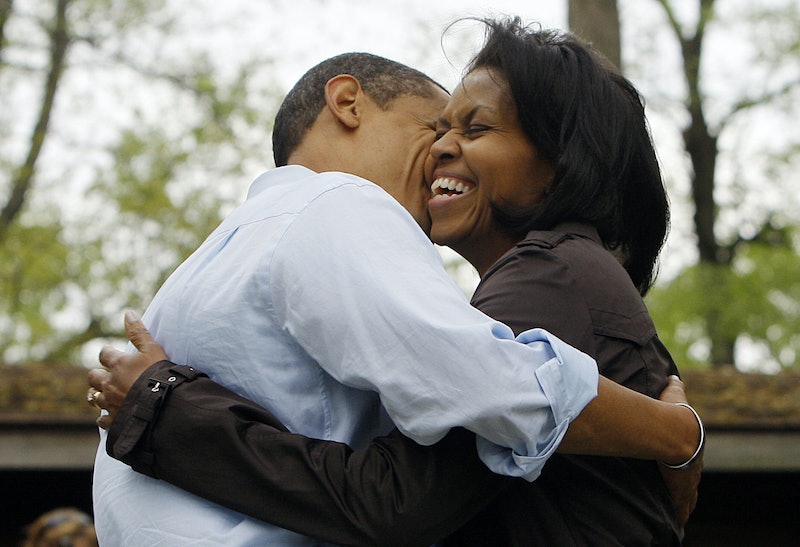 No matter where you stand on the president's policies, it's hard to argue that Barack and Michelle Obama haven't conducted themselves with dignity, grace, and class. While it may take some time to truly determine what the Obamas' legacy will be, it seems certain that at least some small part of that will be the dignity with which they served America.

Throughout their time in the White House, the Obamas have set an important example for Americans regarding the importance of personal conduct. Moreover, the Obamas have continually stood as an example of how we should all respond to those who try to tear us down – go high. Both the president and the first lady exhibit grace and class, especially when under pressure or attack. Despite continually being the target of heavy – and sometimes unnecessarily personal – criticism, the Obamas have chosen to focus on the duties of their offices rather than trading barbs on social media or in the press. As president, Obama has remained a focused and composed leader. He has not allowed himself to become distracted or dismayed by the naysayers or the GOP's obstructionist politics.

Here are seven times Barack and Michelle Obama showed us all what true dignity looks like:

Over the last eight years, President Obama has been called a few names he'd probably like to forget. But while name calling may rile up some politicians, Obama has responded to such incidents with dignity. Perhaps the best example of Obama's ability to meet his critics with class came in 2009 when he addressed a joint session of Congress. As Obama spoke about his plans for healthcare reform, Rep. Joe Wilson interupted him to yell, "you lie!" Another congressman wore a sign that said "what bill?" The president responded with a simple "that's not true" before continuing on with his speech.

2. When The Obamas Welcomed Trump To The White House

The Obamas gave President-elect Donald Trump and his wife, Melania, a warm welcome to the White House in November, despite the fact Trump's campaign repeatedly hurled insults at the Obamas and Trump himself had alleged Obama was the founder of the Islamic State and questioned his faith and his birth certificate's authenticity.

While some presidential candidates encouraged their supporters to use physical force against protesters, President Obama came to the defense of a Trump supporter protesting at a rally for Democratic nominee Hillary Clinton in early November, listing four reasons why the crowd needed to stop jeering the man. "First of all, we live in a country that respects free speech," Obama said. "Second of all, it looks maybe like he maybe served in our military and we gotta respect that. Third of all, he was elderly and we gotta respect our elders. Fourth of all, don't boo. Vote!"

4. When FLOTUS Told Everyone To Go High

Michelle Obama's call to go high when they go low became a rally cry for those who had become frustrated with the election's mudslinging. "When someone is cruel or acts like a bully you don’t stoop to their level," Michelle Obama said in a rousing speech at the Democratic National Convention. "No, our moto is: when they go low, we go high."

5. Their Continued Efforts To Build Bridges

Both the president and the first lady have repeatedly emphasized the importance of extending a hand to those who hold differing opinions and beliefs. It's a characteristic of the White House power couple that goes back well before Obama's presidency. In a speech at the 2004 Democratic National Convention, Obama, then a Illinois state senator, urged the crowd to think of themselves not in terms of liberals or conservatives, blue states or red states, but simply as citizens of the United States. As the 2016 presidential election became more and more contentious, dividing voters among political lines, the Obamas renewed their calls for bridging the divide.

6. Their Willingness To Take On Sensitive And Controversial Topics

Throughout Obama's eight years in office, both he and Michelle have never shied from tackling controversial issues like race relations and racism with thoughtful eloquence.

7. Their Commitment To Upholding The Integrity Of The Presidency

I have three words for you: scandal-free presidency.

More like this
Michelle Obama Opened Up About The "Discord And Discomfort" Of Marriage
By Stephanie Topacio Long
Matt Hancock Broke a Major Rule With I’m A Celeb
By El Hunt
What To Know About Martin Bashir After Watching 'The Crown'
By Bustle UK
'Waterloo Road' Is Back, With More Than A Few Familiar Faces
By Sam Ramsden and Vivian Iroanya
Get Even More From Bustle — Sign Up For The Newsletter