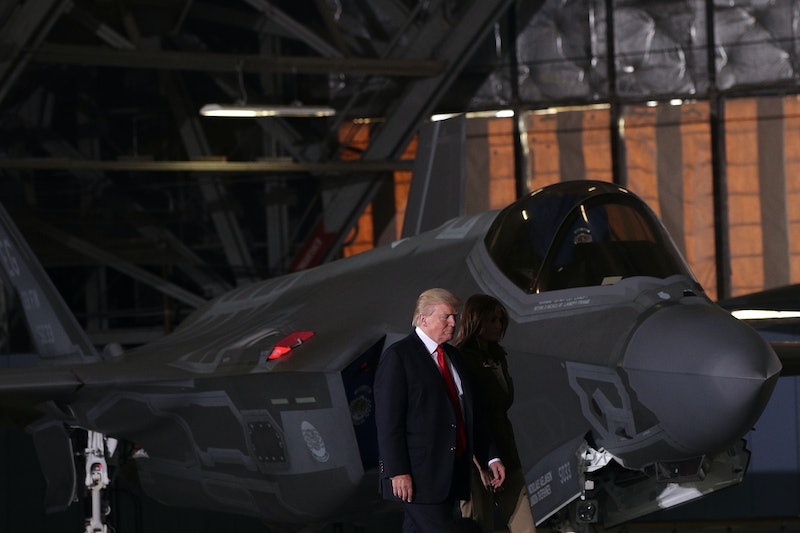 During a speech Tuesday, President Trump claimed that the United States has invisible airplanes. This isn't true, of course, as humans have not yet invented technology to make planes invisible. But it wasn't too surprising to hear the president make that claim, given how many other times Trump has talked about planes that literally don't exist.

"We're ordering 147 new F-35 lightning fighters," Trump said in his speech. "This is an incredible plane. It's stealth — you can't see it!"

Trump appeared to be mixing up stealth technology with literal invisibility. As Lockheed Martin's website plainly states, however, "stealth is not invisibility." Rather, the term refers to technology that allows a plane to "elude or greatly complicate an enemy’s ability to find and destroy an aircraft using a combination of design, tactics and technology." Although scientists have long attempted to create technology that can render physical objects invisible, invisible vehicles simply don't exist, either in the U.S. military or elsewhere..

Nevertheless, Tuesday wasn't the first time Trump has wrongly claimed that America can make airplanes invisible. It wasn't even the first time that week, in fact. Trump has made repeated references to non-existent aircraft over the course of his short political career.