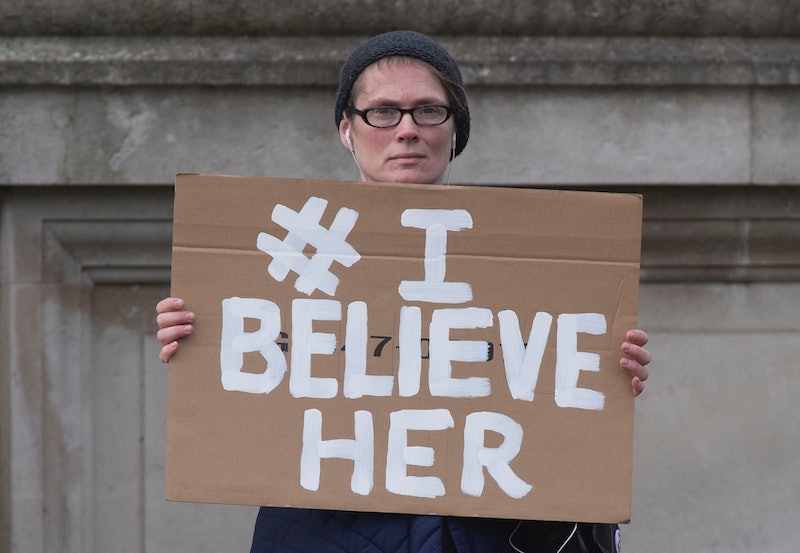 According to the Rape, Abuse, and Incest National Network (RAINN), every 98 seconds, another American is sexually assaulted. Furthermore, one in six American women and one in 33 American men have experienced an attempted or completed rape at some point in their lives. Tragically, the U.S. is still failing to adequately support survivors of these sexual assaults, often further amplifying their pain and not doing enough to bring perpetrators of sexual assault to justice.

And there are a myriad of ways in which the United States is coming up short when it comes to supporting survivors of sexual assault. Across various settings, including colleges, K-12 schools, and the military, sexual assault is sadly quite widespread but often survivors are mistreated and/or perpetrators are not held accountable. Furthermore, survivors across the board often face inadequate protections and even penalties after surviving an assault, some of which include financial hardship and lengthy trials resulting in either no convictions or lenient sentencing.

This list delineates just some of the ways in which sexual assault survivors are not adequately supported in the United States. Hopefully, it will help draw attention to this issue and inspire some to advocate for better protections for survivors.

According to HuffPost, when a sexual assault case arises on campus, many schools issue a no-contact order between the accused perpetrator and the alleged victim as a means of keeping the two parties separate while the school conducts an investigation.

However, many students report that violations of these no contact orders are not taken seriously, meaning that a victim of sexual assault could be repeatedly contacted by her or his alleged attacker, with the school doing little to stop this contact. Furthermore, HuffPost added that often flimsily-enforced no-contact orders are the harshest punishment put into place for students found guilty of sexual assault, meaning that victims could be forced to be around their assailant for years and have little recourse if their no-contact order is violated.

If a sexual assault survivor becomes pregnant as a result of the assault, sadly, in seven states, there are no laws preventing their assailant from seeking parental rights to the child. Moreover, while 43 states do have some type of law protecting survivors of sexual assault from facing their rapists in a custody case, these laws widely vary from state to state and many of them require a conviction before a survivor can request termination of an assailant's parental rights, something highly problematic in a country where the majority of sexual assaults go unreported.

Thousands of rape kits go untested every year across America. These kits are either held as police evidence in perpetuity and never sent for DNA analysis, or stuck in limbo, unprocessed, in crime labs across the country.

According to the organization "End the Backlog," to date, over 175,000 untested rape kits have been uncovered, with each kit "representing a survivor who underwent the lengthy and invasive rape kit exam and reported the rape to the police." Without processing of a rape kit, a conviction is unlikely. While the U.S. has taken some steps to help reduce this backlog through both state legislation and federal funds, much more still needs to be done to ensure that kits are processed and that survivors receive justice.

Sadly, too often after survivors of sexual assault endure the ordeal of a trial, the perpetrators who have been convicted of assaulting them are sentenced far too leniently. This was most recently evidenced by Brock Turner, a Stanford student who was convicted of sexually assaulting an unconscious woman but only received six months in jail — and only served three. Unfortunately, cases of lenient sentencing abound and they are often due to the biased and unacceptable way in which survivors and perpetrators of sexual assault are perceived.

Jennifer Long, the chief executive officer of AEquitas: The Prosecutors' Resource on Violence Against Women, encapsulated this sentiment perfectly on CNN, saying "As stunning as the Stanford outcome was, it was not uncommon. Far too often we look at perpetrators in a less blameworthy way and minimize what happened to the victim... More often than not in these cases, you see punishments that are way lower than the conduct seems to require."

5. Not Paying For Post-Assault Care

According to a recent article in the American Journal of Public Health, an American woman who has been sexually assaulted typically pays, on average, almost $1000 in medical bills after reporting the crime to authorities. While the Violence Against Women Act prohibits medical facilities from charging women for rape kit examinations, it does not prevent them for charging women for related medical issues arising from the assault. According to the author of the study, Ashley Tennessee of the Medical University of South Carolina, “This financial burden adds to the emotional burden of sexual assault. This is an area that society has missed, and we have a moral right to help victims.”

6. Lack of Protections For Military Survivors

While survivors of sexual assault in the military are seemingly increasingly comfortable reporting their assaults, thanks to targeted efforts by the Department of Defense, sexual assault is still a rampant problem in the military, as is retaliation against survivors who report assaults. Indeed, NBC News reported that 58 percent of military survivors said in a recent survey that they faced retaliation or retribution for reporting their assault, something no survivor should ever have to endure.

7. Treating Survivors With No Respect

According to a recent article in HuffPost, police departments and other investigative bodies across the country routinely engage in "victim-blaming" when survivors of sexual assault report the crime. The article cited an example of a Baltimore Police Department Officer who, in an email to colleagues, referred to a woman reporting a rape as “a conniving little whore,” and received a response from a fellow officer saying, "Lmao! I feel the same."

Moreover, the article also reported that police departments sometimes put minimal efforts into solving sexual assault cases. This, coupled with some departments' propensity for victim blaming, means that "the majority of criminal reports of rape never lead to an arrest, let alone prosecution." This not only disrespects survivors and fails to achieve justice for them — it also completely disincentives them from reporting the assault at all.

Overall, it is clear that America is letting down survivors of sexual assault in a myriad of ways. If you are interested in helping remedy this issue, consider donating to RAINN, which runs the national sexual assault hotline and helps thousands of survivors every year. Furthermore, consider spreading the word about the many hardships sexual assault survivors still endure in the U.S. and encourage others to do the same.