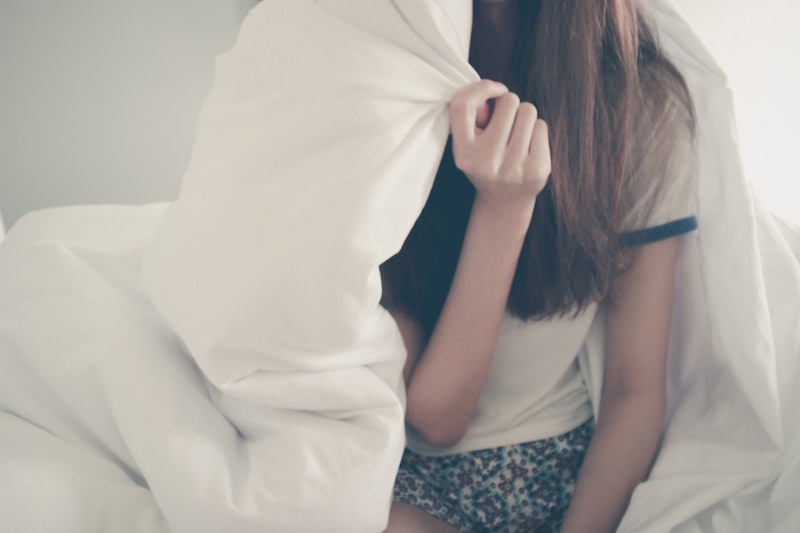 Usually when you wake up in the middle of the night having to go to the bathroom, you would think you just drank too much water or didn't empty out before bed. However, there are a number of other weird things it can mean if you always have to pee in the middle of the night, especially if it happens to you often and you swear you didn't drink more than one cup of tea before passing out. Your nocturnal bathroom habits can actually indicate other health issues, which could help explain you why you're running to the toilet so often.

"We all have an idea of how often we usually urinate both during the day and night," says Nesochi Okeke-Igbokwe, M.D., M.S. over email. "In general, waking up one time overnight to urinate is not out of the ordinary. A divergence from what is usually normal for you such that it begins to negatively affect your quality of life is a telltale sign of a problem. Increased urinary frequency overnight (nocturia) may be caused by a range of factors."

It's important to note that just because you go to the bathroom in the middle of the night doesn't necessarily mean you something wrong with you. But if you're waking up frequently to go to the bathroom and you're not quite sure why, you'll want to watch out for these seven weird reasons why you might always have to pee in the middle of the night. If you're ever unsure, it's always best to see a doctor.