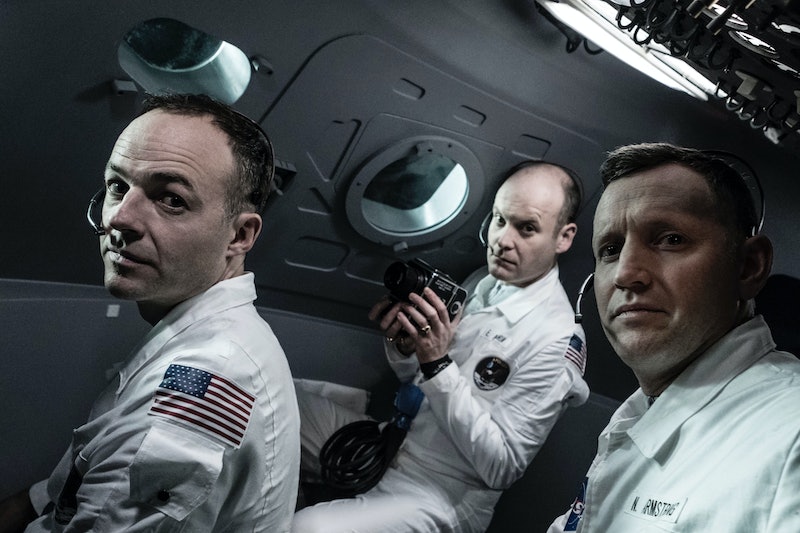 The story of what is widely considered to be the most important space mission of all time is about to be retold in the BBC's latest documentary. The feature length docudrama aims to celebrate the 50th anniversary of Apollo 11, and the one-off special lands on UK television this week. 8 Days: To the Moon and Back will tell the behind-the-scenes story of the famous mission, and offer viewers unique access to now declassified information. But what else is there to know about this fascinating docudrama?

According to the BBC, 8 Days: To the Moon & Back transports viewers to the centre of the famous Apollo 11 mission as it actually happened, and will do so by using previously classified recordings from inside the cockpit, as well as state of the art digital effects which help to create a visual journey into this historic space escapade.

According to the official NASA website, the objective of the Apollo 11 mission was to "complete a national goal set by President John F. Kennedy on May 25, 1961: perform a crewed lunar landing and return to Earth," which in Layman's terms, means to land on the moon. Carrying Commander Neil Armstrong, Command Module Pilot Michael Collins and Lunar Module Pilot Edwin "Buzz" Aldrin, Apollo 11 launched from from Cape Kennedy on July 16, 1969 — and four days later, an estimated 650 million people watched as Armstrong took "one small step for a man, one giant leap for mankind." On July 24, 1969, Apollo 11 returned to Earth by splashing down into the Pacific Ocean, which signalled the end of this historic space mission.

As mentioned previously, intimate audios of Armstrong, Aldrin and Collins' 8 Day, 3 hour, 18 minute and 35 second mission are included within the BBC documentary — and screenwriter Philip Ralph was given unprecedented access to the transcripts in order to create the drama segments featured throughout. During an interview with the BBC, Ralph revealed that actors will lip-sync to the original recordings, and said that he hopes audiences will "experience the same thrill" that he did after first listening to them.

According to the BBC, the director of 8 Days: To the Moon and Back, Anthony Philipson, credited the "incredible actors" and "hugely talented and dedicated graphics team" for managing to recreate every point of the Apollo 11 journey. In an interview with the broadcaster, Philipson said, "with painstaking attention to detail they mapped out the exact flight plan to make sure the visual elements of the mission were accurate at every point of the journey."

Actor Patrick Kennedy, who portrays the character of Michael Collins, described the BBC docudrama as being "a wonderful historical record of one of the greatest adventures ever undertaken," and revealed that the special will "be a revelation for people to hear how it was done in detail."

Well, with a write-up that strong, 8 Days: To the Moon and Back sounds like something not to be missed — and you can catch the BBC doc at 9 p.m. on Wednesday, July 10 on BBC Two.

More like this
'Waterloo Road' Is Back, With More Than A Few Familiar Faces
By Sam Ramsden and Vivian Iroanya
Our First Look At 'Vardy V Rooney: A Courtroom Drama' Doesn’t Disappoint
By Bustle UK
Idris Elba "Breaks Out" Of London In 'Luther' Film First Look
By Sam Ramsden
Lib & Will’s Romance In 'The Wonder' Is Very Different From The Book
By Sam Ramsden
Get The Very Best Of Bustle/UK