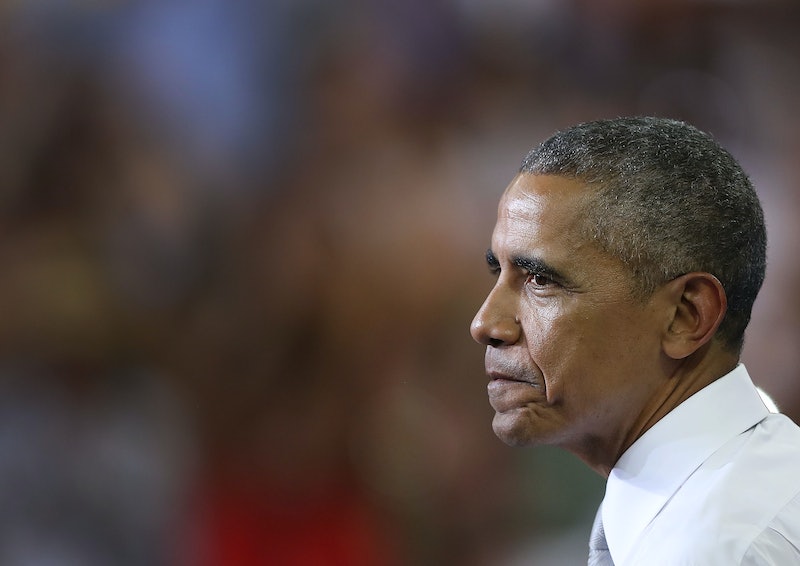 Unless you've been living under a rock for the past year, you know that Donald Trump is the president of the United States (and if you have been living under a rock, where is it and can I join you? I'll bring snacks). For a lot of Americans, this means that we've been existing in a state of vague, panicked hopelessness since election day. But losing all hope has never been a great strategy for creating political change. We need to believe in a better future in order to fight for it. Here are a few political books that will give you hope, because all is not lost.

Of course, I understand why people might feel hopeless right now. Trump has made it painfully clear that things like healthcare, equality, and innocent human lives are just about as important as golf and chocolate cake. A new World War feels entirely plausible. And, while we're inspired by every beautiful, courageous act of resistance, "resisting" is what you do when your back is against the wall. You resist when you have no other options. That can be a hard place to exist, mentally, for four whole years.

So take a breath, drink some water, and read one of these hopeful, political books, to remind yourself that there is still a lot of good in the world: