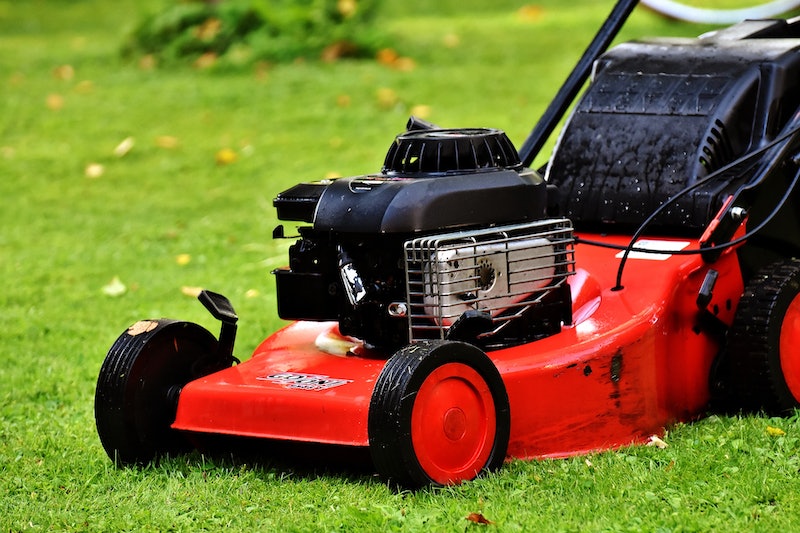 On Friday, residents of Three Hills, Alberta, were shocked by the arrival of a massive tornado. Thankfully, no one was hurt in the storm. In the aftermath, a photo of a man mowing the lawn with the tornado raging in the background went viral, and the internet did what it does best: It meme-ified the image, turning it into a metaphor for our troubled times. Welcome to 2017, kids: The year of mowing the lawn in the face of impending doom.

Around 5 PM on June 2, a large tornado funnel was spotted in Alberta, a rare sight in that area. “I've never seen anything like that before," Three Hills resident Clare Stankievech told the CBC. “We have vicious thunderstorms that go through, but when I looked up from my yard and saw that, it put a new scare into a person. It's different than anything I'd ever seen.” Emergency warnings ended after about half an hour, and, despite dramatic photos of the funnel towering over the town, there were no injuries (though there was some limited property damage).

During the tornado scare, Three Hills resident Cecilia Wessels took a photo of the storm — while her husband, Theunis, happened to be mowing the lawn. “I literally took the picture to show my mum and dad in South Africa, ‘Look there's a tornado,’ and now everyone is like, ‘Why is your husband mowing the lawn?’” Cecilia told the CBC. Theunis’s response? “I was keeping an eye on it.” He added, “It looks much closer if you look in the photo, but it was really far away. Well, not really far, far away, but it was far away from us.”

The image of Theunis nonchalantly going about his mowing, as the storm threatens overhead, has gone viral, with many seeing as symbolic of our current cultural moment. Indeed, the image does seem like a real-world embodiment of the massively viral “This Is Fine” meme.

Other people just saw the image as funny, or reflective of their own personal lives.

So true. Lawn-mowing-tornado-man is truly the only meme we need.