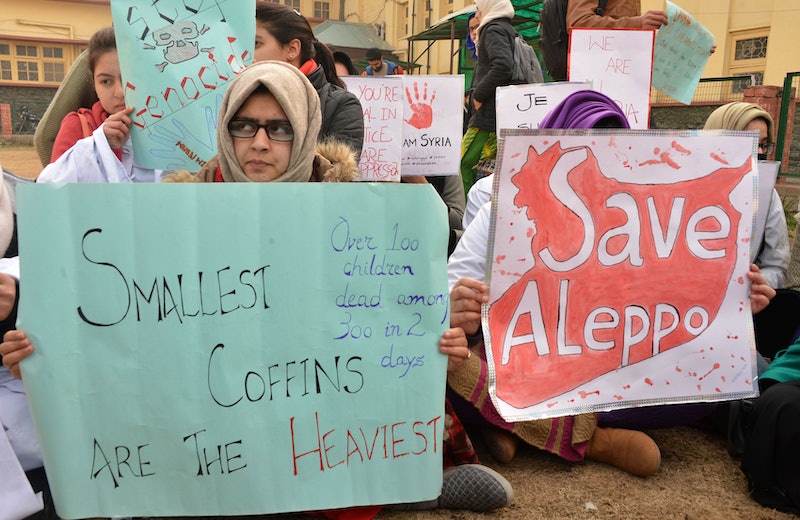 We’ve all felt the shock and heartbreak that immediately follows seeing images of Aleppo — the motherless children, the childless mothers, the babies covered in blood and debris, the homes and communities reduced to rubble upon rubble upon rubble. Maybe you’ve attended a vigil for Aleppo, donated to an NGO or nonprofit, or tried to better educate yourself about the Syrian revolution and the politics that rage behind all the violence. And now you might be asking yourself: beyond the media-disseminated images, what is life really like in Syria?

There are tons of books about Syria to choose from — especially recently, as a result of the wave of increased media coverage, and overall outrage about the violence. But few books get to the heart of what life is really like on the ground in Syria, a country that has been wracked by a relentless civil war for years. Even fewer describe what life is like for women in Syria, for whom the war has dis-proportionally affected, via the political and social marginalization that was already common for women in Syria, and now through house arrest, kidnapping, sexual assault, displacement, and death. The books below, however, do all of the above, and more.

Here are 9 books that will teach you about Syria and Aleppo, taking you behind the headlines and into the daily lives of those who are still struggling to survive there.