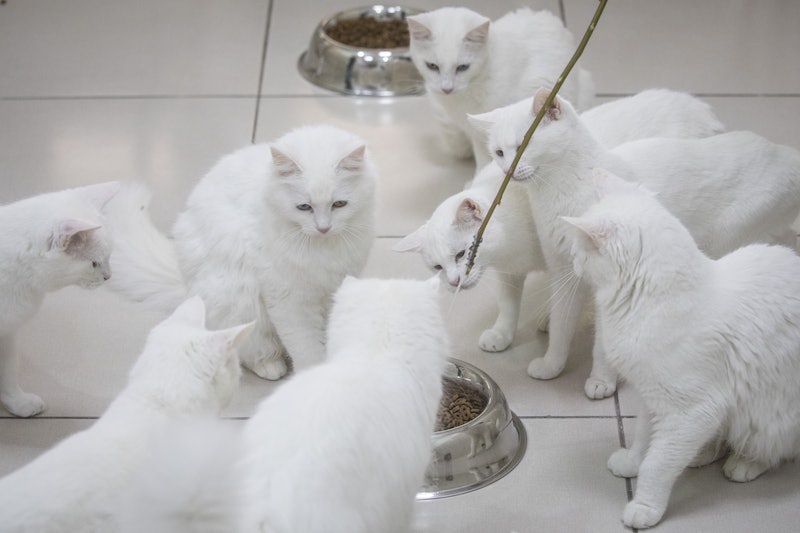 As I showered my cat's face with kisses, my old roommate once said, "it takes a healthy dose of denial to love an outdoor cat." You know, because they kill and eat birds and mice, which are just a few of the gross things cats do. While most cats are fastidious bathers, they also walk in the litter box and then prance across the table where you eat your meals. (And, they don't always have the courtesy to clean their paws first.) If you're a cat parent, you probably aren't too ruffled by your cat's gross habits in the same way non-cat people are. Because, you've got that whole denial thing down like a boss.

"Many moons ago, when we first became cat parents, I had grand dreams of not allowing them on the counters or table. That lasted all of about 52 seconds. I know some people have trained their cats to stay off these surfaces (or think they have), but I’m apparently much too lazy to do this," Amber Carlton wrote for Catster. "I used to at least make a half-hearted attempt but when my husband started sharing his meals at the table with our cat Ripley, I just gave up." Honestly? Same. If you're a cat hater you've probably already clicked away in horror. But my fellow feline-loving friends, you're totally going to relate to these gross things that cats do — that actually make a TON of sense.