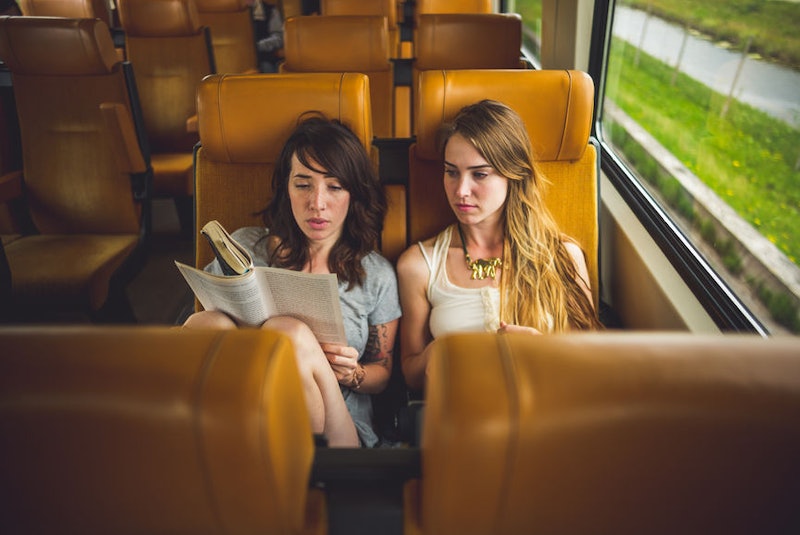 It has been a brilliant couple of years for diversity in cinema, with so many incredible movies with LGBTQ+ representation hitting the big screen. Hollywood has started to approach queer relationships and queer characters with the multi-dimensional approach that has long been afforded to cis and heterosexual couples. Some of the inspiration for this has come from the world of literature, and so here are nine LGBTQ+ British books perfect for film adaptation that I think producers should jump on next.

So what great examples have we already seen? There was surely not a dry eye in cinemas anywhere when Call Me By Your Name came out. Based on the 2007 novel of the same name by André Aciman, Timothée Chalamet and Armie Hammer's performances were widely lauded, and earned the former a Best Actor nomination at the Oscars. Then there's Carol, based on Patricia Highsmith's The Price Of Salt, which as well as being a bracing portrayal of love, intimacy, and heartbreak, is also possibly the best Christmas film ever (don't @ me).

There is a wealth of British writers who have been writing about LGBTQ+ issues and presenting queer characters in their work for years, providing ample material for filmmakers and producers to draw from. The following list is made up of the best books by UK writers, dealing with characters and issues from across the LGBTQ+ spectrum, that would make incredible films.