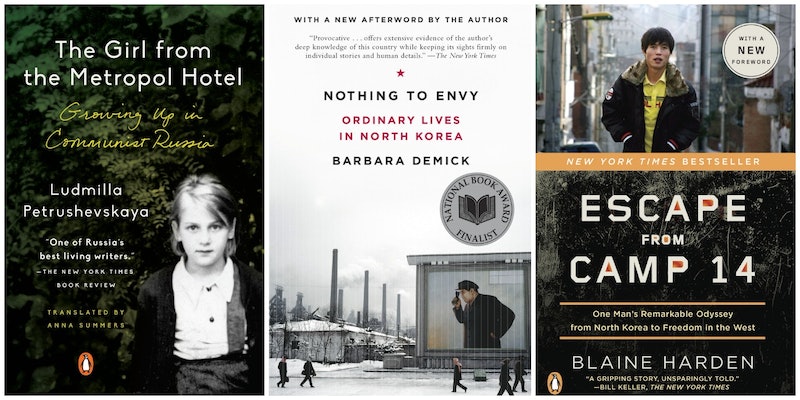 While I wouldn’t describe myself as a glass-half-full kind of gal, I’m hardly prepping my doomsday bunker either. (Although I can tell you one thing: there will be an impractical amount of books and far too few cans of soup in it, if I ever do.) And while political pundits on both sides of that aisle we keep hearing about are quick to remind all us young’uns that the comings and goings of the current White House administration are hardly business as usual, and not to become desensitized to the massive amount of chaos and hot air being expelled from 1600 Pennsylvania Avenue, it’s also true that America has survived at least a handful of truly terrible presidents and political leadership. (Though not without plenty of work from engaged activists and everyday citizens.)

All that is to say, while I won’t be donning a red baseball cap in this lifetime or the next, I also don’t necessarily think (read: hope) the U.S. will be headed the way of North Korea, Syria, Sudan, or even Venezuela (read: totalitarian democracy) anytime soon — despite what my Twitter feed might say. Still, whether you’re interested in books about dictatorships and autocracies because you’re stocking your own doomsday bunker shelves, or you’re just looking for a broader perspective on the current state of the union, these books are definitely worth the read.

Here are 9 books about surviving (and/or escaping) autocracies: