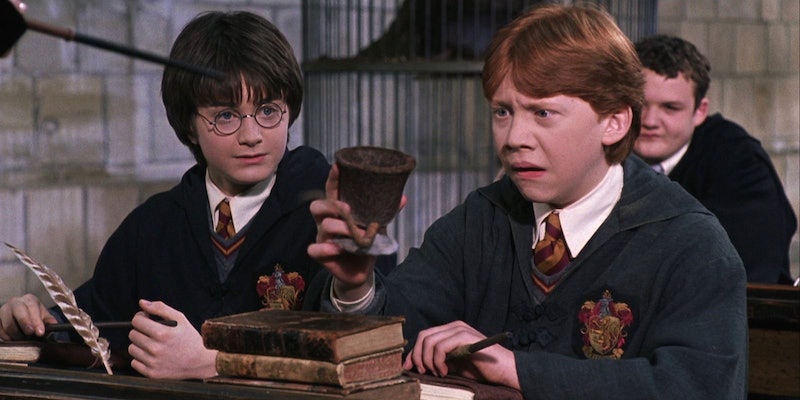 We all know that the Harry Potter phenomenon began in the 90's. It's one of the defining aspects of that decade, along with furbies and the time that NSYNC wore Lisa Frank shirts. But we often forget that Harry Potter takes place in the '90s as well. Harry, Ron, and Hermione started Hogwarts in 1991, the same year that Beauty and the Beast came out. Harry's entire Hogwarts career took place in the '90s. And even though the Wizarding World doesn't exactly keep up with muggle pop culture, here are a few sure signs that Harry Potter was a total '90s kid.

I mean, sure, no one was rocking out to The Spice Girls' Wannabe at Slughorn's Christmas party (although they totally could have, because the song came out that year). And yes, the magical energy surrounding Hogwarts stops electricity from working, surely murdering several muggle-born kids' Tamagotchis. But don't try to tell me that Hermione never owned a beanie baby in her life, or that Dean Thomas didn't play "Wonderwall" for Ginny at least once. Personally, I'd also like to think that there was a state of emergency declared at the Ministry of Magic when Sabrina the Teenage Witch premiered on television.

So here are a few signs that Harry Potter was extremely '90s: